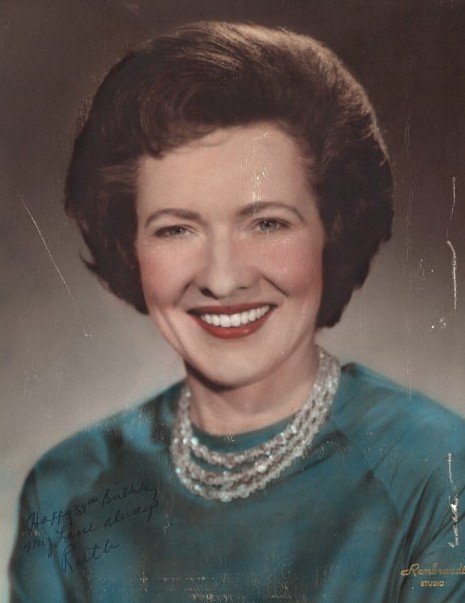 She was born on January 26th, 1925 in Pelham, Tennessee to George and Bettie (Jacobs) Smith. After retiring in 1976, she moved from California back home to Tennessee and in 1987, she moved to North Idaho to be close to family. Ruth married Louie Kenck, the love of her life, in 1995.

She enjoyed long drives in the mountains, cooking, gardening, and traveling. She traveled to Hawaii with her son and family in 2001, and took a bucket list cruise to Alaska with her granddaughter Julia White in 2007. Ruth also enjoyed just spending time with family and friends.

She is preceded in death by her husband Louie Kenck, Daughters Judy Slama and Jacqueline Forsberg.

A Funeral Service will be held on Wednesday, September 25th, 2019 at 11 am at English Funeral Chapel, 1700 N. Spokane Street, Post Falls, Idaho 83854. with a burial to follow at Evergreen Cemetery.

To order memorial trees or send flowers to the family in memory of Anna Kenck, please visit our flower store.
Send a Sympathy Card