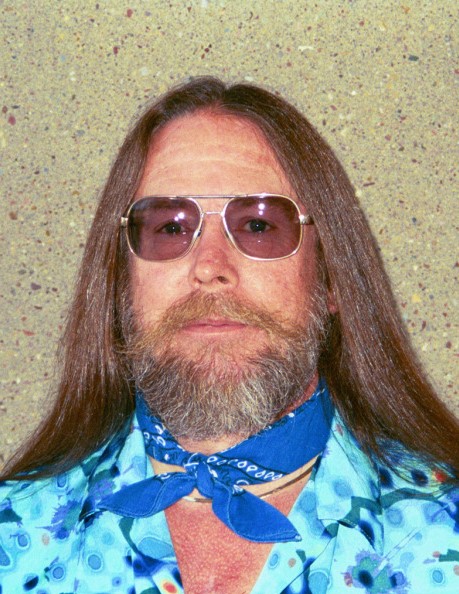 Did you feel that electric surge on Tuesday, June 2nd, 2020?  It was the many musicians surrounded by a choir of angels on juice harps opening the gates and welcoming Arthur to their forever jam session. As he takes his place on the Heavenly stage, surrounded by pink flamingo neon lights, he will project his angelic voice, devilishly pick his guitar, and add his harmonica as only Arthur can. While we are all deeply saddened by our loss of Art on Earth, we are profoundly grateful that we were touched by one so enigmatic, so creative.

Arthur was born August 6, 1953, to Warren Veale and Helen Kelly Veale, the third of six children in Witchita, KS. Arthur grew up as an 'Air Force Brat', traveling and living in many states until his father's retirement where they settled in Moscow, Idaho. Arthur graduated from MHS in 1971, where he became lifelong friends with his fellow Jug Band members, Mark Eisinger and Bill Slinkard. They made amazing music together throughout the years, and even resurrected the band for their 40th class reunion.

Arthur worked as a bricklayer and then subsequently as the famous "TSG" (Trade Show Guy), which allowed him to continue his love of travel, and create lasting friendships from all over the globe.

Arthur is survived by the love of his life, Michele Burgess Veale, and his greatest creations, sons AW (Bobbi) and Jacob (Amy). Maya, his beloved German shepherd, remains loyally at home with Michele. He is also survived by his siblings, Gary (Chris), Brian (Carolyn Dennison), Marcia (Eric), Mike (Eloise); brother and sister-in-law, Bob and Tonia Geno, and over a dozen nieces/nephews who adored their Uncle Art.  He was preceded in death by his parents, Warren and Helen Veale, brother Matthew Veale, and his special niece and god-daughter, Paula Foster.  The family wishes to express their appreciation to Arthur's dearest friends, Dick Myer, Mark Eisinger, Bill Slinkard, Dave Grasier, Buster Connick, and their families for the love and compassion through his illness, and for all the years of adventures that gave Art such joy and great stories to tell.

As you turn off your lava lamps tonight, remember, don’t eat the yellow snow!

Brought to you by the South Idaho Penguin Relocation Program

To order memorial trees or send flowers to the family in memory of Arthur Veale, please visit our flower store.