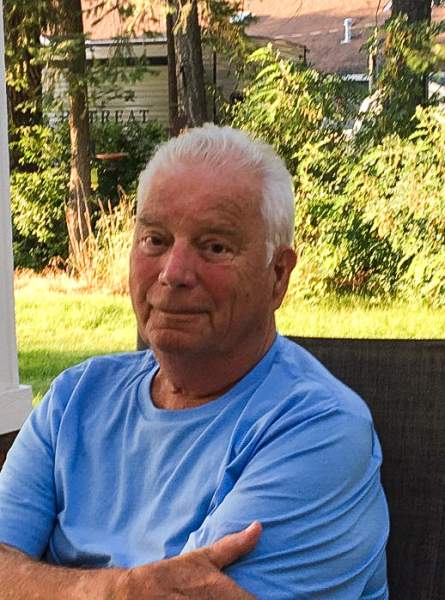 Barry R. Pry, age 80, passed away at The Schneidmiller House in Coeur d’Alene, ID, on May 20, 2020 from complications of metastatic melanoma.

He was born in Chewelah, WA, on March 27, 1940, to Forrest and Ethel (Williams) Pry. Barry graduated from Coeur d’Alene High School in 1958.  He attended North Idaho Junior College in Coeur d’Alene and graduated from the University of Idaho in Moscow, ID, with a Bachelor of Science Degree.  He returned to Coeur d’Alene after attending graduate school at the University of Idaho.  He briefly worked for the Highway Department as a Surveyor and then began his long career with Kootenai Electric as a Field Engineer, retiring in 2002.

Barry enjoyed hunting, fishing, hiking, traveling, and watersports.  He loved meeting people and had an ability to befriend a stranger.  Family and those he considered family were the most important part of his life.

Barry was quick witted and was known to “have a quiz for you”, he enjoyed nurturing and mentoring those he loved.

Dad today you got to go see the angels! We already miss you!  As you have always told us Life is Short – Why Not!  You were always ready for a party, fun dinner out, traveling the world, snorkeling with the turtles, or even just going for a drive.  You lived an amazing life and lived by example.  Dad it’s cocktail time! We love you!

Memorials may be made to Kootenai Humane Society Capital Campaign Building Fund.

“Cocktail Time” and a celebration of Barry’s life will be held at a later date.

To order memorial trees or send flowers to the family in memory of Barry Pry, please visit our flower store.