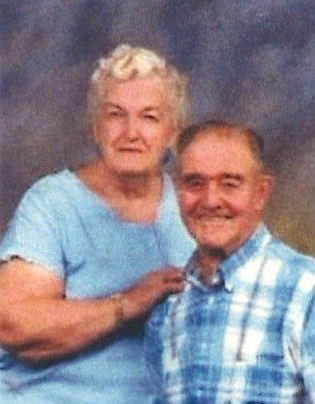 Beatrice Louise (Anderson) Graupman, 93, passed away peacefully on May 3, 2020, at Advanced Health Care of Coeur d’Alene.

Bea was born Feb. 4, 1927, in Deer Park, Wash., to Gustof and Cicely (Morton) Anderson, the youngest of three children. Her early years were spent in the Newport, Wash., area until her mom passed away when she was 8 years old. She and her siblings were sent to live with relatives in Spokane.

During World War II she moved to Bremerton, Wash., and worked as a welder’s helper on the ships being built. She later returned to Spokane, where she met the love of her life, Clarence Graupman. They were married June 18, 1949, in Coeur d’Alene, and spent the next 56 years making memories.

Mom always said she wouldn’t have changed anything, she had lived a great life. Family was extremely important to her. She was a homemaker who raised four children, was active in her church, and was an avid bowler along with Dad. They could always be found bowling in some mixed league together. Many years were spent camping on the weekends with her grandchildren or traveling with Dad as they pulled their trailer all across the United States.

She was a charter member of St. Mark’s Lutheran Church in Hayden, Idaho, working as treasurer for many years. From the early beginnings of meeting in people’s homes to the final building of the Church on Maple Street, she was very proud to be involved with the work to make it happen. She continued to be an active member until her death.

To order memorial trees or send flowers to the family in memory of Beatrice Graupman, please visit our flower store.