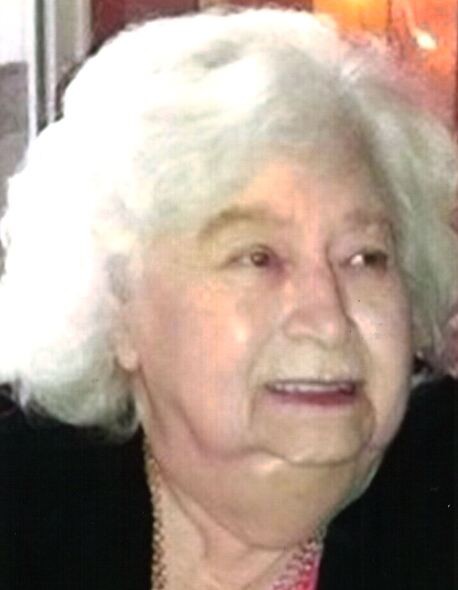 Betty has two sisters, Patsy Garrett, in Spokane, Washington, and Mary Jones in Phoenix, Arizona. She
was preceded in death by her brother James Oscar Garrett and her parents Wayne Kelly Garrett and
Janetta Marie Satter Garrett. Betty was blessed with so many nieces, nephews, and great-nieces, and great-nephews. She could say, all their names and most of their birthdays off the top of her head. She knew each one.

Betty had many "adopted children and grandchildren," over the years she welcomed many of her
children's friends as her own. A few she often talked about: Dusty Banderob (wife Lisa), Brett Gossett
and his wife Shawna and son Christopher, Russell Harris, and Katie Harris. Mom loved people and she
never met a stranger. She was blessed to be in the moment no matter where she was; she was interested in others and the things important to them.

Family was everything to this dear lady who wrote stories all her life, had an incredible memory, and was known for her chocolate chip cookies and fried chicken. Betty loved to talk and would talk about
anything, She had so many random facts in her head that you wanted her on your side in any trivia
contest. She was a great fan of Jeopardy and loved to read. She always had a book or two at hand so she could steal moments reading.

Betty had a bachelor's degree in liberal arts with a major in English graduating with the highest honors while raising 4 small children. Betty was always very frugal and went without a lot of things so her children could have what they wanted. The truth is, things did not mean much to her; she would rather have people around sharing, playing games, or visiting. She did not care about makeup or the like. The greatest love of her life was always Tom which never wavered. He was her prince who she always loved with stars in her eyes when she spoke of him. I have never met anyone who loved a man more than Betty loved Tom. He was her hero, her love, her friend forever.

The family wishes to thank Kindred Hospice, especially Connie, Natalia, and Lacey for making her last
months comfortable, as well as Janet Cunningham and Sharon Hildesheim for staying with her and caring for her. It meant so much to have family helping her and Tom so she could stay in the home she loved.

To order memorial trees or send flowers to the family in memory of Betty Hildesheim, please visit our flower store.
Send a Sympathy Card