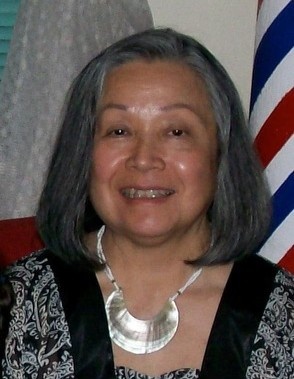 Beverly Doris DuPuis entered into the joy of her Lord on September 8, 2021. She passed into eternity at home surrounded by family.

Beverly was born in Chicago, IL, to Ben Bautista and Enola Kalimlim Bautista. The family moved to Los Angeles, CA, when she was eight weeks old.

She was a 1955 graduate of Our Lady of Loretto High School in Los Angeles. She graduated in 1960 from University of California, Los Angeles, with a bachelor’s degree in early childhood education. She was the first in her family to graduate from college.

She married Keith G. DuPuis on August 15, 1959. Tragically, he was killed in the line of duty as a Los Angeles Police Department officer in 1966.

In 1974 Beverly moved her family to Coeur d’Alene, ID. She had a home built in the French Gulch area where she raised her children and resided until her death.

Beverly often referred to herself as The Little Red Hen. She courageously and lovingly raised her four children as a single parent. She embarked on many adventures and always accepted the challenges life dealt her.

Beverly was a faithful follower of Jesus Christ. Everything she did was grounded in her Christian faith. She was extremely generous with her time and resources. She used her blessings to help many others throughout her life, especially those who were in need or in a time of crisis. She did this all quietly and discreetly, without drawing attention to herself.

Beverly deeply loved her nuclear and extended family. She often launched ambitious trips to visit relatives. She looked forward to annual visits to Kaua’i in January to visit family and friends. Her children and especially her grandchildren were her great joy.

She had a great love for this nation. Beverly cherished the founding values of America. She visited many western states and loved to learn about and experience the history and culture of the USA.

As a teacher Beverly was able to influence many lives. She taught at Our Mother of Good Counsel Elementary School in Los Angeles from 1967-1974. She was a kindergarten teacher at ABCD Preschool and Day Care in Coeur d’Alene for many years until she retired in 1996. She loved working with young children and enjoyed inspiring and encouraging them.

Beverly was an avid fan of UCLA athletics and the Seattle Seahawks. She would always call family members to remind them when events were televised.

Preceding Beverly in death were her husband, Keith; her mother, Enola; her father, Ben; and her brother, Ronald.

To order memorial trees or send flowers to the family in memory of Beverly DuPuis, please visit our flower store.