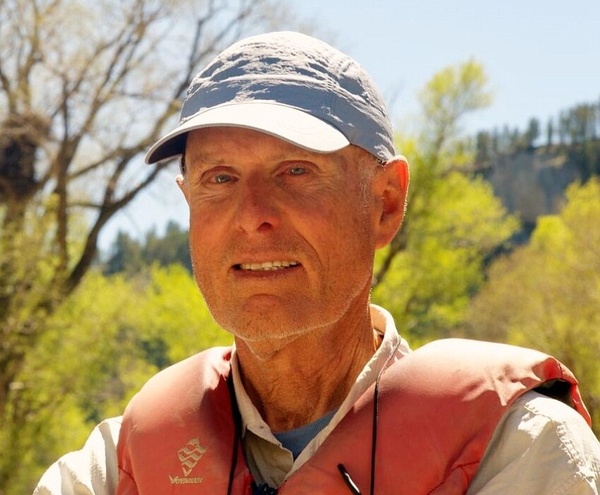 Bill ”Bump” Gundlach passed away Feb. 4, 2021. Bill was born Feb. 5, 1937, to John W. Gundlach and Alice Speirs-Gundlach in Hobart Mills, Calif. He was the oldest of three boys, with brothers David and Paul “Tyke.”

Early years as a child were spent in Clio, Calif. and Reno. They eventually moved to Coeur d’Alene in 1946. As children, the boys were encouraged to enjoy the outdoors with fond memories of their mother taking them for walks, swimming and introducing them to nature.

Bill came down with polio in 1951 and the family moved to Arizona in 1953 for health reasons. He graduated from Tempe Union High School in Arizona. He went to University of Idaho College of Engineering and graduated in 1963 with honors. While working in Alaska, he met his first wife, Carolyn Nelson, and they were married in 1961. Their daughter, Katrina, was born in 1962 and Eric joined in 1966. Both kids enjoyed growing up in Coeur d’Alene. Bill and Carolyn divorced in 1977. In 1983, the family suffered the loss of their daughter, Katrina, to a tragic car accident.

Bill worked for the Corps of Engineers for a few years before deciding to work for private firms in the Spokane and Coeur d’Alene area. Bill met and married Joan Malloy in November of 1983. They moved to Yuma, Ariz., in 1984, and back to Coeur d’Alene in 1986.

Bill was an avid kayaker and canoeer. He loved gardening, hiking, tying flies and fishing on the Coeur d’Alene River. Bill and Joan traveled all over the country and world, but especially enjoyed canoe trips with friends and family. Bill suffered the loss of his partner and travel companion when Joan passed away suddenly in 2013.

He was an exceptional birder and kept busy with the local chapter of the Audubon Society. Through the Audubon Society he met and married Sally Jones in 2016. They continued to enjoy the outdoors until their divorce in 2020. In 2017, Bill started having reoccurring symptoms caused from the polio of his youth.

Donations in Bill’s name can be made to the local chapter of the Audubon Society at Cdaaudubon.org or Coeur d'Alene Audubon Chapter, c/o Membership, P.O. Box 361, Coeur d'Alene, ID 83816.

To order memorial trees or send flowers to the family in memory of Bill Gundlach, please visit our flower store.