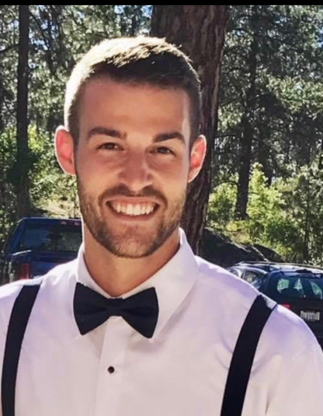 
Blake Preston Laskowski, 29, passed unexpectedly in the early morning of July 4th, 2020. A day he always loved to celebrate. He was taken from us far too soon.
He was born December 22nd, 1990 in San Diego, California to John Laskowski and Rene Westbrook. Blake’s number one focus was always the relationships with his friends and family. He grew up playing as many sports as he could, from football, to baseball, tennis, and golf as his most recent favorite. He loved his cars, his favorite being his BMW  M2.
He graduated Post Falls High School in 2009 , attended Boise State University from 2009-2011, after which he transferred to and graduated from University of Idaho in 2014 with a Bachelors Degree in Psychology and Organizational Sciences. He enjoyed his college career and played a variety of intramural sports and activities including ultimate frisbee, weightlifting, and racquetball. He also did peer advising within the Psychology Department at U of I.
Blake’s passion and purpose was his relationships with the people that meant the most to him. If you were lucky to know Blake, you’d know he’d always be there, and always be ready to laugh, crack jokes, and make memories with those he loved. The things he treasured over anything else were never tangible, but his priority always fell with his people.
If there is one thing to take away from the incredible man who was taken from us far too soon, it’s that the friendships you nurture and put your heart and soul into, are the friendships that become more than that. They become family and those are the relationships that will carry you through life, and they will be your strength.
Blake was just about to start a new major step in life. Many new entrepreneurial adventures and an engagement to his fiancé, Monica Thode. He had many joys in life, from chasing as many thrills as he could: sky diving, snowboarding, wakeboarding, traveling, to spending evenings at home playing card games.
He is survived by his grandparents: Corky and Sandy Whitney, his mother: Christina (Rene) Westbrook, his brother: Adam Laskowski, his Uncle Mike Westbrook, and many other family members.
He is preceded in death by his father: John Laskowski, as well as his Uncle, Steven Westbrook.
There will be an open reception held at 3pm at the Trailhead Lodge in Q‘uemlin Park in Post Falls on Sunday, July 19th.

To order memorial trees or send flowers to the family in memory of Blake Laskowski, please visit our flower store.