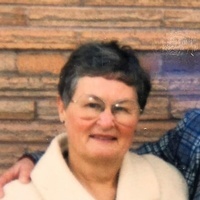 Blanche graduated from Coeur d’Alene High School in 1953, then enrolled at the University of Idaho, where she promptly met her future husband, Dave. She graduated with a B.S. in home economics in June 1956, shortly before they wed. Dave and Blanche were married 60 years.

Blanche taught home-ec in both Wapato, Wash., and Arlington, Va., before moving with Dave to Green Bluff in the late 1950s. There she put her home-ec skills to work as a full-time wife and mother. She often said those years with her young children were the best. Blanche loved all kids, especially her own — some described her as a kid at heart.

In 1968, the family moved to Coeur d’Alene, where Blanche taught third grade for a short time at Frederick Post Elementary in Post Falls, but soon gave that up in favor of her family. LeeAnn and Ken were the envy of their friends because of her efforts to do so much with them. She volunteered as a leader with countless youth organizations, including 4-H, Camp Fire Girls, PTA, swim team and Scouts, always making friends wherever she went. She was kind and generous to a fault, offering rides, clothing and other essentials to both children and adults, including complete strangers. In addition, she oversaw the care for her own mother, who suffered from dementia for 20 years, as well as caring for her terminally-ill mother-in-law.

When grandchildren came along, it was like reliving childhood, only better! Silverwood and Riverfront Park were favorite hangouts, as well as her own front yard on the Spokane River. She hosted birthday parties, along with family and friend gatherings, for many years and loved having visitors. Educational games, stories and music were always on the menu — she knew how to make learning fun!

During their marriage, Blanche and Dave enjoyed vacations to Fiji, Europe and South America, along with countless trips to Canada, Mexico and Hawaii. At home, she served as president of their HOA on Harbor Island, always enjoying the social interaction. She and Dave were also members at Fellowship Bible Church in Post Falls. If Dave allowed it, she was usually the last one to leave, chatting with everyone she met!

In the past six years, dementia began to diminish Blanche’s ability to keep up with all of her activities. Thankfully, it was a short season of her life and did not define her. Her last 21 months were spent at The Lodge, Post Falls. She was blessed with many wonderful caregivers over the years.

Her memorial service will be held at 10:30 a.m. Saturday, Aug. 3, at the Cheeley home on the river that she loved. (LeeAnn’s Facebook page will have info.) In lieu of flowers, please consider a donation to Wired2Learn Foundation, 1869 E Seltice Way # 221, Post Falls, ID 83854, a start-up school for kids with specific learning disabilities, something Blanche would have been passionate about in prior years when she was pursuing her Masters in Special Education.

To order memorial trees or send flowers to the family in memory of Blanche Kohli, please visit our flower store.
Send a Sympathy Card