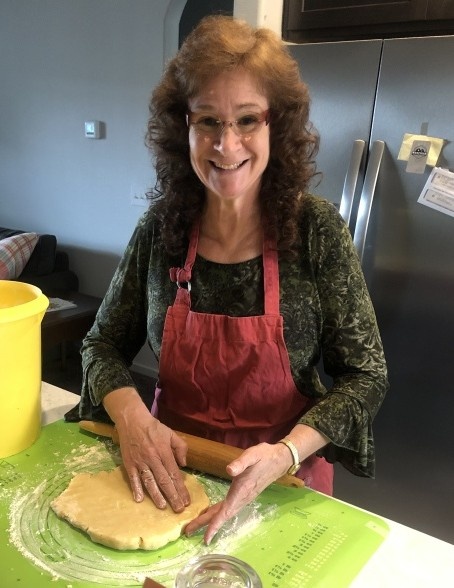 Bonnie Sue Wilson, 62, unexpectedly passed away in her home on Saturday, December 19, 2020 in Post Falls, Idaho of natural causes.

A memorial service will be conducted at the church she was an active member of, His Place, in Post Falls, Idaho. Date and time will be announced at a later time.

Bonnie was born January 19, 1958 in Sandpoint, Idaho, the daughter of Emery and Rosaline “Rose” (Cota) Wilson and was raised in Sandpoint.

She graduated from Sandpoint High School in 1976 and continued her education at North Idaho College in 1982 with her Associate of Science in Nursing, Lewis-Clark State College in 2002 with her Bachelor of Science in Nursing and last but not the very least she graduated from Gonzaga University in 2010 with her Masters of Science in Nursing, Psychiatric/Mental Health, Nurse Practitioner. She also at that time published her thesis she worked so hard at; Living with Bipolar Disorder: Adhere to our Medication (Bonnie S. Kemp 2011). Bonnie did not stop there she was always furthering her education with numerous; Continuing Education Units (CEU), Continuing Medical Education (CME) and multiple training's even up until the day of her passing. She was also an active member of multiple professional organizations; Neuroscience Education Institute (NEI), American Psychiatric Nurses Association (APNA) and she was the President of National Alliance on Mental Illness (NAMI) and part of numerous support groups.

Bonnie is survived by her two daughters; Andrea (Hunt) Willis of Coeur d’ Alene, Idaho and Rebecca “Becca” Kemp of Post Falls, Idaho from former husband of 34 years, Randy Kemp of now Chehalis, Washington. One canine son, Max who Bonnie had by her side for 13 beloved years. Her four grandchildren who were the sprinkle in her eye from her eldest daughter; Rachel (13), Sarah(12), Bethany(11) and Andrew(6) Hunt of Coeur d’ Alene, Idaho. Two canine grandchildren she loved as if they were human grandchildren Mulisha Rose and Remi from youngest daughter. Bonnie also is survived by her four siblings, Samuel “Sam” (wife, Patti) Wilson of Sagle, Idaho, Jerome “Jerry” (wife, Donna) Wilson of Ponderay, Idaho, Michael “Mike” (wife, Kathy) Wilson of Spokane, Washington, her one and only sister, Carol (husband, Jim) Ward of Priest River, Idaho also numerous nieces and nephews.

She was preceded in death by her parents, Emery and Rose Wilson.

Bonnie had one wish for her brain to be donated to bipolar research and unfortunately due to the nature of her death the family was unable to grant her wish. We ask in Bonnie’s honor to donate to the continue research of bipolar at The McLean Hospital Brain Bank: https://giving.mclean.org/ or 1-800-272-4622.

Bonnie was a very loved Mother, Sister, Grandmother and Friend to so many and her passing is far too soon but she will forever have a place in our hearts.

To order memorial trees or send flowers to the family in memory of Bonnie Wilson, please visit our flower store.