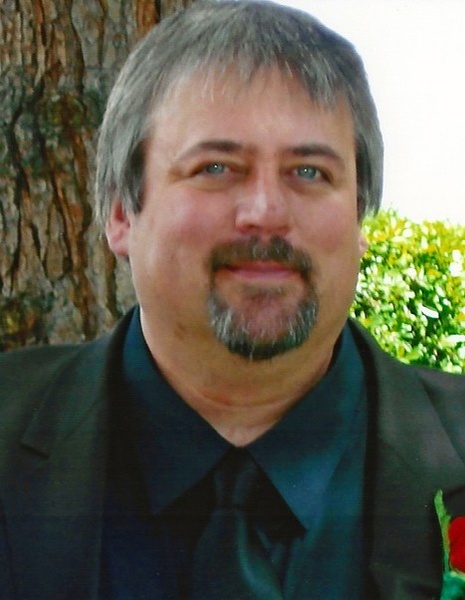 Brian Beck entered this world on August 10, 1965, son of proud parents Jane Brown and Don Beck, brother to Toni Beck and eventually father to Matt Beck. He graduated from CDA high school and continued working alongside his father as Beck builders. Upon Don‘s retirement in 1994 Brian and Toni set out on their own as Beck Contracting which became his life career. He was a humble, quiet mannered, dry humored gentle giant and not one to repeat himself.
Brian looked at the world with a unique view, which had a way of opening other minds to a different perspective. Gadget man, problem solver, fixer of anything; if he couldn’t fix it he would “screw it up to where no one else could”.

Born and raised here, he embraced the rewards of our area; fishing, hunting, four wheeling, camping and not a lot of hiking. Fast cars, fast bikes, a fast woman, Yukon Jack and loyal friends and family completed his life.

Brian was preceded in death by his parents, Don and Jane, his dogs Bud, Jet, Bailey, Jack and Pongo and survived by his sister Toni Beck, son Matt Beck, his soulmate and loving wife, Diane Pekich, Miles the dog and Felix the parrot.

Raise a glass to a life well lived and a man well loved who will be greatly missed.

A memorial service will be held on Saturday, November 6 at 1 PM at English Funeral Chapel, 1133 N. 4th Street, Coeur d’Alene, ID; celebration following from 3 to 5 PM at Fort Ground Grill, 705 W River Ave, Coeur d'Alene, ID.
Brian’s final resting place will be alongside his dad at Forest Cemetery in Coeur d’Alene, Idaho.
Donations in his name may be made to the Kootenai Humane Society, PO Box 1005, Hayden, Idaho 83835. Heartfelt thanks to our first responders!

To order memorial trees or send flowers to the family in memory of Brian Beck, please visit our flower store.