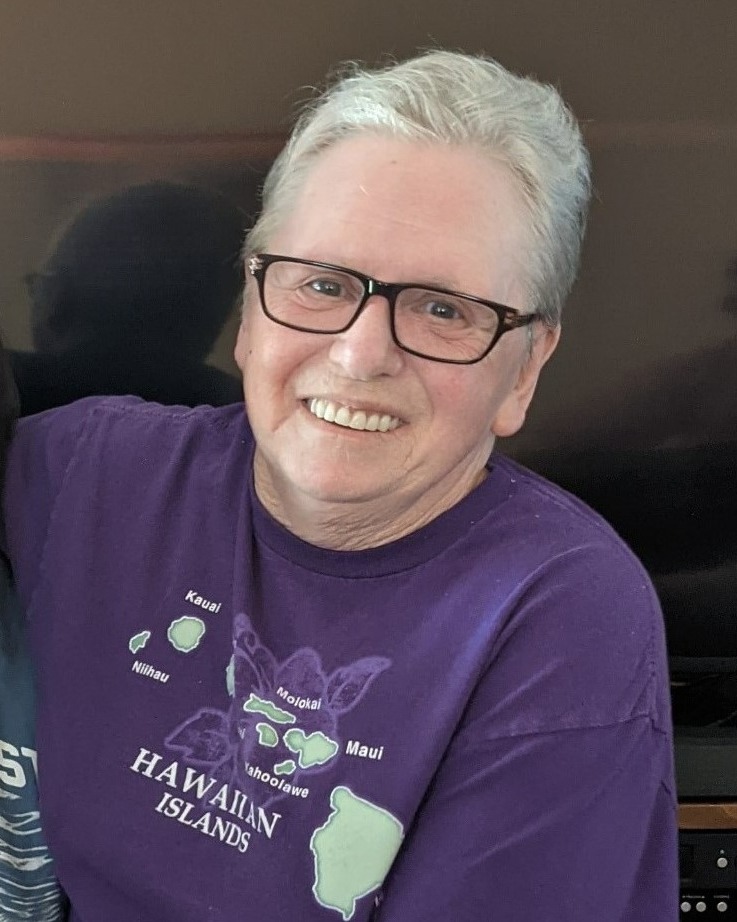 Camella was born Oct. 15, 1952, in Gold Beach, Oregon, to John Ross and Hazel Jones. She was the “baby” of the family being the fifth and final Jones child.

In 1972, Camella was the First woman to qualify as a heavy equipment operator construction man (EOCN) and to proudly wear the U.S. Navy Seabee uniform.   She was assigned to the Public Works Heavy Equipment Crew at the Naval Air Station, Kingsville, Texas.

After her Navy Service, Camella belonged to the Heavy Equipment Operator (Operating Engineer Union) and worked for several years in construction.  Also, she worked for many years for Westinghouse as a storekeeper.  Camella retired to Post Falls, Idaho.
Camella was lucky enough to stay at home as the PSP disease progressed.   She had an especially caring friend, Kathryn Mathis, who gave so much of herself to make her life comfortable and peaceful.

Camella was preceded in death by her father John Ross Jones, mother Hazel Jones, and older brother Gordon Jones.  She is survived by a brother Eldon Jones, and sisters Peggy Bickley and Sandra Johnson.  Camella had numerous nephews and a niece who always loved spending time with her and will miss her terribly.

In lieu of flowers, donations can be made to Hospice of North Idaho Schneidmiller Hospice House 2290 W Prairie Ave, Coeur d'Alene, ID 83815.

To order memorial trees or send flowers to the family in memory of Camella Jane Jones, please visit our flower store.