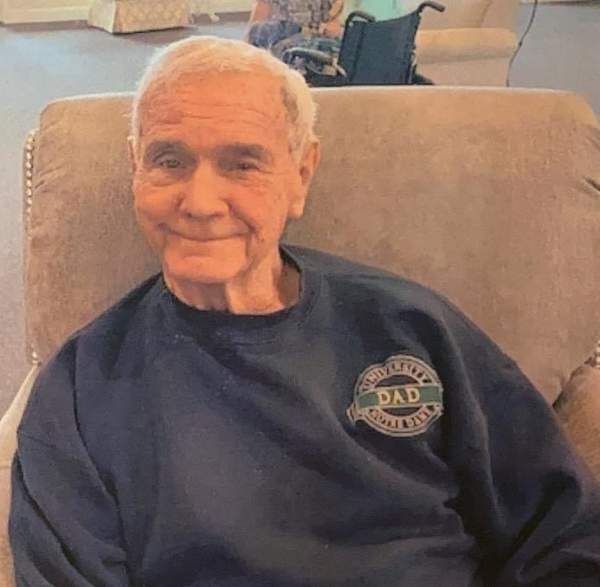 Carl Raymond Edmundson, 83, passed away peacefully surrounded by his family.  He was born to Carl (Kully) and Dominica (Mayme) Edmundson in Joliet, Illinois on Friday April 13th, 1937.  His mother always said that his coming into the world on Friday the 13th was a sign.  He joined his sister, Marguerite, at home and they lived their childhood in Braidwood Illinois.  Carl played basketball and baseball for his high school teams and raced cars in the Illinois corn fields. When he graduated from high school his mother told him that he would attend the University of Notre Dame in Indiana.  Although reluctant at first, he grew to love the university and graduated in 1959 with a business degree.  His first true love was Our Lady and he would support the university throughout his life.

He took that degree to Atlanta, Georgia – the closest warm place he could find a job.  After a few years, he followed one of his college friends to California where he started to build his business in life insurance.  He ran that business, Carl Edmundson Insurance Agency Inc, successfully for many years.  He retired in 1996.

In 1968, while waiting to be interviewed for jury duty, he met and fell instantly in love with Janet Hofmeister.  They were engaged on their second date and remained married for 52 years.    Together they raised three children, Kevin, Kirsten, and Keith.   They lived in the San Francisco Bay Area until 1987 and then moved to Graeagle, California.  After their children married and began producing grandchildren, they left California and made their home in Coeur d’Alene, Idaho. They split time between there and Maui.  Carl had the pleasure of being involved in the lives of all six of his grandchildren. They affectionately called him “Grumpie.”

His love of children and his desire to give back had him involved in many things throughout his life.  One of his great moments was meeting and bringing Saint Mother Teresa to the US to raise money for her orphanage.  Throughout his life Carl generously donated his time and talent for fundraising. He volunteered his time helping with his children’s sports teams at Portola High School. The Edmundson house in Graeagle was a second home to many PHS athletes. He actively worked to raise the funds for lighting at the Portola High School Football Stadium so that the team could play at night. When he attended a soccer game at PHS and saw the dilapidated soccer goals, he replaced them. When the organist at his church retired, and there was no one who could play the organ, he bought a piano for the church to accommodate a pianist. After the move to Coeur d’Alene he volunteered at his grandchildren’s elementary school. He always stepped in to help wherever he saw a need, and always did so “under the radar.” His generosity touched many lives.  Needless to say, if you needed something, he was always there to help and make sure it happened.

He is preceded in death by his parents, sister, son Keith, and niece Sandy.  He is survived by his loving wife Janet; son Kevin; daughter Kirsten (Chaz)Donovan; grandchildren, Makayla, Haley and Bryant Donovan and Alexa, Kyle and Ryan Edmundson and various nieces and nephews.

To order memorial trees or send flowers to the family in memory of Carl Edmundson, please visit our flower store.