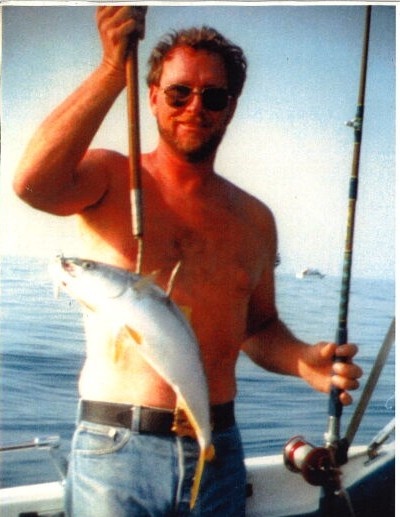 Carl was born in Winona, Minn., and was adopted by Orvin and Dolores Wamhoff at the age of 1 month. He was a blessing as Dolores was told she could not have more children after the birth of their daughter Janice. However, she proved the doctors wrong by having Kathleen and Edward Wamhoff in the following years.

From birth to 6 years old Carl lived in Winona, Homer, and Minnesota City, Minn. In June 1953 the family moved to Garden Grove, Calif. He attended school in Garden Grove and graduated from San Diego High School in 1964. After school he worked for ArrowHead Water.

He met and married Vicki Lawin 1966. From this union came Brenda and Deidre. He then moved to Yucca Valley, Calif., where he was a cement mason and worked in his father's cement business. Later on, he became a building inspector. He loved fishing, boating and country music.

In 1985 Carl was diagnosed with relapsing MS. He also separated from Vicki and eventually divorced. He then moved to Post Falls where he remained until his passing.

Carl is survived by his two daughters, Brenda Dawson and Deidre Wamhoff, both living in Virginia. He has five grandchildren and one great-grandchild. He is also survived by his brother Edward and wife Terri of Joshua Tree, Calif., and sisters Janice Young and Kathy Best of Post Falls, Idaho. He had numerous nieces and nephews and extended family.

A Funeral Mass will be held at 8 a.m. Friday, July 2, 2021, at St Thomas Church in Coeur d'Alene, with graveside to follow at St. Thomas Cemetery.

To order memorial trees or send flowers to the family in memory of Carl Wamhoff, please visit our flower store.