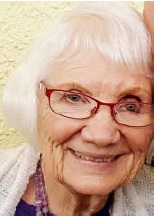 Carol was born in Inglewood, Calif., and grew up in the (then rural) San Fernando Valley town of Sylmar. She had a younger brother, Jim. They lived their lives with horses and the freedom to ride around the lightly populated valley. After graduation from San Fernando High School, she attended L.A. City College. At age 18, she met the love of her life, Walter Sorenson, at a wonderful summer playground known as “Pop’s Willow Lake.” They married several months later and had 68 years together before Walt’s passing in 2016.

Carol was a homemaker for most of her early married life and raised four children, of whom she was extremely proud. During their early marriage, they struggled financially with two young children and seasonal work for Walt, a carpenter.

In 1956, Walter joined the L.A. City Fire Department and their lives changed dramatically. They were able to purchase a home and maintain a steady, secure life for their children. When their eldest child went off to college, Carol went to work as a bookkeeper at the Bishop’s Storehouse, where she worked for several years until they retired to Post Falls, Idaho.

She was preceded in death by her beloved husband, Walter; Walt’s sister, Dean Rhodes and brother, Hal Sorenson.

Carol had been missing Walt and his siblings and her dearest friend from childhood, Peggy Hoffman. They are having a welcoming party for her in heaven.

Carol was a devout member of the Church of Jesus Christ of Latter-day Saints and enjoyed her various callings, from choir director to Relief Society President, etc. It gave her much joy and solace during her lifetime.

A private graveside service will be held on Wednesday, Oct. 28, 2020, with a celebration of life to be held in the LDS tradition sometime in 2021.

Her family extends an extra-special thank you to Noah Scofield of Roger’s Burgers in Post Falls. He saved her life by performing CPR, which allowed some extra time for her family to gather and be with her in her last days.

A video of some of her favorite memories is available at: https;//youtu.be/wdGplrlumfA courtesy of One More Time. A special thank you to Tiffinay Walker and Cedar Kennan, for rushing to complete it in time for Carol and her family to watch it together.

To order memorial trees or send flowers to the family in memory of Carol Sorenson, please visit our flower store.
Send a Sympathy Card