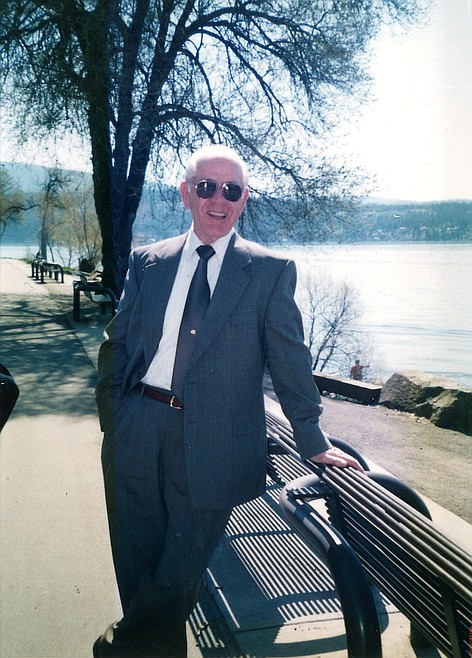 Dad came into this world as Cecil L. Means May 1, 1929, during a worldwide depression. The depression never stopped him from achieving his dreams. He was the only one in his family of six brothers and one sister born in Oklahoma, the rest were born in Missouri.

His parents were John Wesley Means and Mary Luella Adams Means. Dad was raised in Fulton, Mo. He was from a family of hard working farmers. Like many young men at the time, Dad hopped on a freight car to find work. He found work on an oil rig out in the Gulf of Mexico. After a time, he traveled North and found work on a cattle ranch in Douglas, Wyo.

He then enlisted in the United States Army. He was stationed in Germany where he met the love of his life Maria Anna, Marianne. Upon meeting Marianne, he promptly asked her to marry him. He was a week shy of his 18th birthday. She thought "A nutty American". He was over in Germany as an MP for one of the judges of the Nuremberg Trials. They became pen pals over a course of eight years. He tried to get back over to Germany, so he signed up with the United States Air Force with promise to be stationed in Germany. He was stationed in Spokane, Wash., instead.

Meanwhile, Marianne as a child had always wanted to come to America. She got on a ship with $25 in her pocket. She told only her family that she is going to America. Once she came to America, she traveled around and eventually stayed with relatives in Oklahoma. She finally wrote to Dad that she was in Oklahoma. He told her to get on a train to Spokane and she did. They got married on January 1, 1954, in Coeur d'Alene, Idaho. Within 6 months time, they were stationed in Hokkaido, Japan. While stationed in Japan, they adopted a son, Thomas Wesley.

Later on, while stationed in Ankara, Turkey, they adopted a girl, Jacqueline, in Beirut, Lebanon. While in the military, Dad did a tour of duty during the Korean War and another tour of duty in Vietnam. After 20-plus years of service, he retired out of the United States Air Force as a Master Sergeant. He went onto to make a second career with the State of Washington Labor & Industry for 20-plus years. Dad went to school on the GI Bill. He completed both high school and college degrees with University of Maryland and Eastern Washington University. Dad waited a year to graduate with his bachelor’s degree so that he and I could graduate together. After retirement, Mom and Dad traveled to Europe frequently, especially Germany to visit Mom's family.

Dad joined Mom, his soulmate, April 2. He taught us to be kind and work hard. His family would like to especially thank Life Care Center of Post Falls for their loving care of Dad.

To order memorial trees or send flowers to the family in memory of Cecil L. Means, please visit our flower store.
Send a Sympathy Card