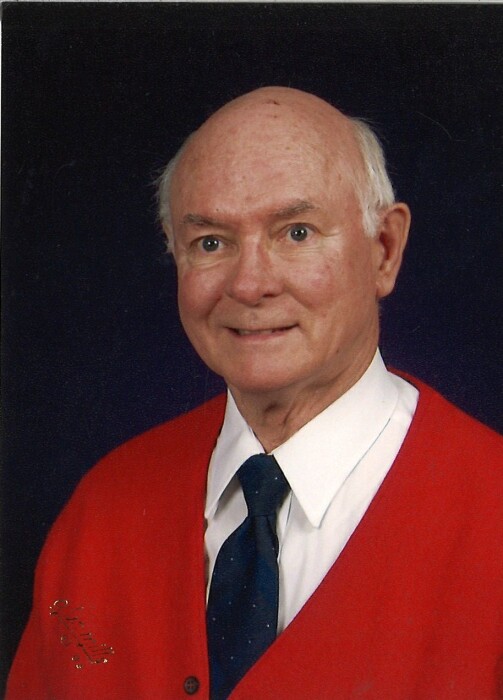 
Charles Paul Nadler was born on July 1,1933 in Waterloo Iowa to George Henry Nadler and Vivian Beatrice Koloc. He passed away on October 2,2021 in Hayden idaho after a courageous battle with cancer. Right after Charles was born his father moved the family to Brooklyn New York where he was raised. Charles eventually joined the air force in 1952 after deciding being a college calculus professor was not the career path he wanted to take. Charles excelled in the military flying countless air rescue missions in the air force prototype HH-43 during Vietnam, receiving 4 distinguished flying crosses during his one and a half year tour. His career in the military is what led him to meet his wife of 50 years D Kay Nadler (Sweeney) at Sheppard Air Force base in Witchita Falls Texas. On a beautiful day in May 1971 Charles was prepping his helicopter for an assignment and as the crew boarded he locked eyes with a beautiful young Air Force flight nurse. Nine days later they were married. Things moved fast from there. Charles and Kay had two children, Karen born in June of 1973 at Sheppard Air Force base and Christopher born in 1974 where the two were stationed in Goldsboro North Carolina. Charles retired as a Major in the USAF and moved his family to the Silicone Valley in 1976 where he worked for IBM as a contractor for the National Defense System at Moffit Field Air Force base until retiring and moving to North Idaho with his family in 1992. During his retirement Charles enjoyed snowmobiling, camping, cruises, spending time with his beloved Yorkie Parker and his beautiful bride Kay. During retirement Charles served as US Coast Guard Auxiliary member on Lake Pend O’orielle, a security advisor for the US Naval Surface Warfare Center in Bayview, ID. Charles is a 3rd degree member of the Knights of Columbus St George’s Council and a 4th degree member of the Assembly of St Francis of the CC. Charles has been a Knights of Columbus member since 1952. Charles is survived by his beloved bride Kay, Son Christopher P Nadler (Christine) Granddaughter Shalynn Larson (Brian), Daughter Karen Harshman (Cory)Grandson Tyler Harshman (Halle) Great Grandson Forest, Grandson Trevor Harshman (Taylor) Great Granddaughter Aspen, Sister Barbara Roman. Charles is preceded in death by his parents, and brother George. Funeral services will be held Friday October 22,2021 at St George’s Parish in Post Falls. There will be a viewing from 10am to 10:30, Rosary at 10:30 with the service commencing at 11am. English Funeral Chapel is entrusted with final arrangements.

To order memorial trees or send flowers to the family in memory of Charles Nadler, please visit our flower store.
Send a Sympathy Card