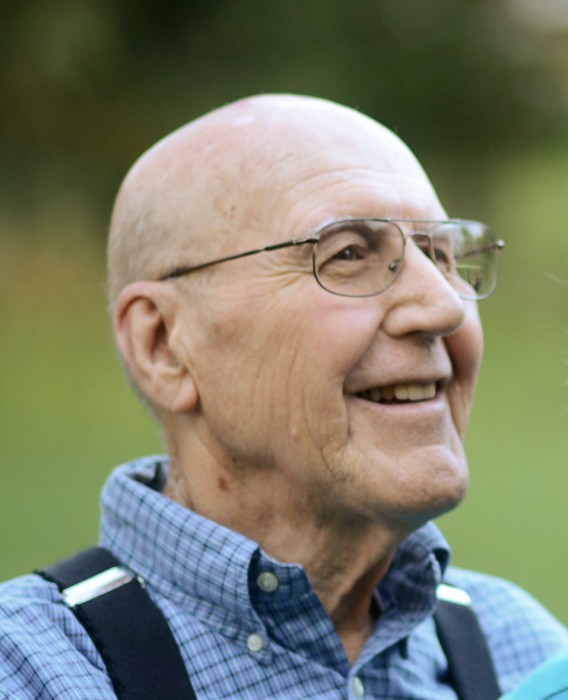 Charley passed on Tuesday, February 11, a rare sunny morning in North Idaho.  He was born in Peoria, Illinois on December 2, 1931, to Frank and Hope Miller. Charley was the middle child having an older brother, Gordon, and little sister, Virginia. He graduated from Iowa State University with a degree in Forestry followed by two years in the U.S. Army fulfilling his ROTC commitment.

Charley began his professional life working for his hometown park service.  On a whim, he filled out an application to work abroad for Goodyear Tire and ended up in Liberia, Africa managing a rubber plantation.  Letters home claimed that the bugs were responsible for the loss of his hair during his two years there.  Charley’s return to the states found him pursuing his master’s degree in Forestry from Oregon State University after which he began a 37-year career with the US Forest Service.   During his years with the US Forest Service, he completed work in California, Arizona, Montana, and Idaho managing timber and grazing lands, coordinating transmission line planning and construction, and developing recreation opportunities on the public lands.

He is survived by his wife of 52 years, Terry; sons, Eric (Becky McAlister), Andy (Elizabeth Escamilla), and Garth (Kristin Piumarta); and 10 grandchildren (Kaelan, Joseph, Tristan, Alexis, Ethan, Owen, Aidan, Austin, Daniel, and Payton). He enjoyed relief wood carving, spending hours shaving small bits of wood away until the image was just right.  A backyard goldfish pond inherited when he and Terry  purchased their home in Coeur d’Alene had him soaking toilet seat covers in the pond to catch the spawn and then spending weeks culling fry on the back patio to breed for certain traits.  Charley also spent many hours planting Christmas trees in the yard, starting the acorns he smuggled back from Illinois, making cuttings of the rose bushes in the yard, and harvesting Dogtooth Violet seeds to spread around the yard for a bigger bloom next year.

The sparkle in his eye with the sneaky grin meant you were about to receive a bit of his quick wit.  When interviewed by a nurse recently who asked for his name, he slowly replied, “They usually start with hey you…”

When the family gathers to share stories about Charley, they always include his adventures as an outdoor enthusiast.  Whether playing in the creek and hunting Apache Tears outside Globe, Arizona, escaping the city to play in the woods of the Mogollon Rim, hunting for Jojoba nuts during 118 degree weather in the desert outside of Phoenix, or spending fall weekends gathering firewood in Montana and Northern Idaho, his fondness of the outdoors will be passed on through his sons and grandchildren.

To order memorial trees or send flowers to the family in memory of Charley Miller, please visit our flower store.
Send a Sympathy Card