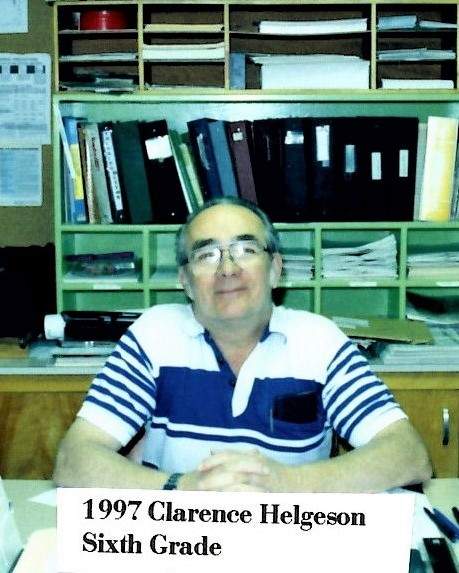 Clarence Helgeson, 81, passed peacefully in his sleep on May 6, 2019, after many years of fighting the side effects of diabetes.  He was born the 6th child to Harold and Minnie (Noordam) Helgeson on an Indian Reservation in Harlem, MT on Sep. 19, 1937.  The first 2 years of his life was spent living in a teepee near Zortman, MT.  The family moved frequently in search of work in MT, the mines of ID, and the shipyards and canneries in OR.  By the age of 8, Clarence was already earning money, packing ice for ice boxes for the shipyard tenants in OR.  His childhood and teen years were spent going to school and working; picking beans, walnuts, raspberries, apples in OR, greenhouse labor in MT and bowling alley pin setting in Mullan, ID.  While attending Mullan High School, Clarence developed a love for sports.  He excelled in football, baseball, and basketball.  After graduating from MHS, Clarence joined the Army, stationed in Babenhausen, Germany.  Moving back to Mullan after an Honorable Discharged, Clarence worked for Gardner Denver and eventually married Dorothy Trickey and had a son.  After a painful divorce, he found LOVE with Mary (Boyer) Jutila, a widow with 4 girls.  He then went back to school at NIC and the University of MT.  Receiving his teaching certificate in 1975.  He taught 6th grade at Mullan Elementary for 22 years, retiring in 1997, eventually moving from Mullan to Coeur d’Alene, due to health issues.  Clarence and Mary loved teaching, bowling, and gambling in Worley with fellow retired teachers; Bud, John, Peggy and anyone else that they could talk into going with them! Clarence and Mary’s love is ever- lasting, their 50th anniversary would have been May 31.   Clarence is survived by his sister Lillian, brother Ron, wife Mary, son Bret, and 4 daughters Mary, Lynell, Beth and Susie.  Eight grandchildren, 12 great-grandchildren, and 1 great-great-grandchild.

There will be a celebration of his life Saturday, May 11, 2019 at the Morning Club in Mullan, ID from 1-4 p.m.  A “sharing board” will be set up for friends and family to share memory notes and photos

To order memorial trees or send flowers to the family in memory of Clarence Helgeson, please visit our flower store.