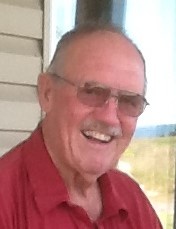 Cliff was born June 23, 1939 in Denver, Colorado. He went to be with the Lord on June 13, 2019.  He spent his youth in Nebraska. After his high school graduation in McCook, Nebraska, he joined the Navy where he served for 20 years. He was stationed at Potomac River Naval Air Station, Maryland when he met his future wife, Belva Thompson. They were married on April 29, 1961. They were married for 58 years. While in the Navy, he served on the East and West coast and during that time was stationed aboard several aircraft carriers. In 1977, he retired from the Navy and moved to Idaho and went to work for the Bonner County Sheriff’s Department as a dispatcher than as a correction officer from 1978 to 1992. He then retired and spent his winters in Baja, Mexico until 2018.

He was preceded in death by his parents, Warren and Dorothy Atkeson. His hobbies were wood working, silver smithing, painting in water colors and playing darts.

To order memorial trees or send flowers to the family in memory of Clifford "Cliff" Atkeson, please visit our flower store.