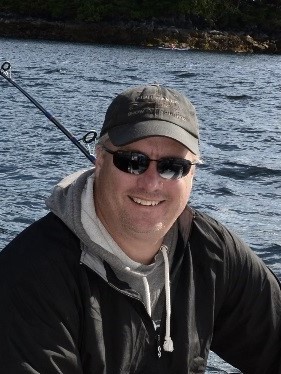 Following a long and courageous battle with cancer, Corwin (Cori) Peter Hedstrom died peacefully at home, surrounded by his family in Rathdrum, Idaho on August 15, 2019 at the age of 49.

Cori was born on January 21, 1970 and was the only child of Richard and Cheri Hedstrom. Cori was raised and graduated high school in Shepherd, MT, after which he earned an electrical engineering degree and an MBA and had an amazing and successful career in the medical industry. He took great pride in his role at Philips Healthcare and his customers were always his number one priority.

In 2001, Cori married Nichole Lehman in Maple Valley, Washington. Cori and Nichole welcomed their son Jackson in 2006 and relocated to Rathdrum, Idaho in 2007, where they created new friendships and became embedded in the Rathdrum community.

Cori was a dedicated Seahawks fan, loved all forms of outdoor sports and relished his role as a father. He loved teaching his son life lessons and skills accumulated throughout his life.  The inexplicable bond that Cori had with his son was palpable.

Cori’s quick wit, dedication to his family and friends, and his unbelievable zest for life will be missed by all who knew him. For those that knew him well, his strength and courage over the last several years of his life will forever make him our hero and warrior.

A celebration of Cori’s life will be held on September 7, starting at 2pm at the Lake City Church [6000 N Ramsey Rd, Coeur d’Alene, ID], with a reception to follow at the same location. In lieu of flowers, please donate in his name to Make-a-Wish Foundation at wish.org.

To order memorial trees or send flowers to the family in memory of Corwin (Cori) Hedstrom, please visit our flower store.
Send a Sympathy Card