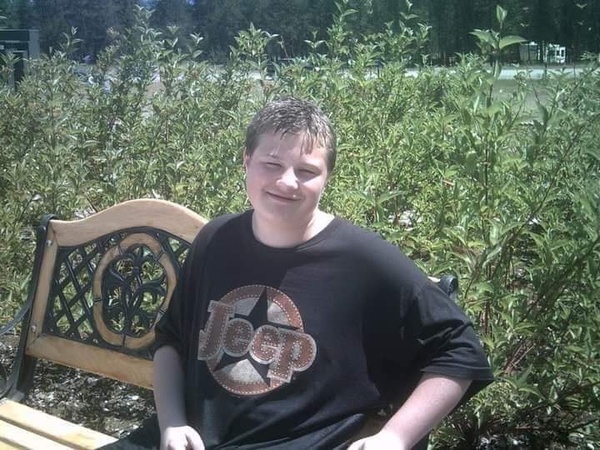 Dakota was born October 9th, 1998 in Oklahoma; He was the son of Jerry and Gina Ashby; brother of Chad Ashby, Brady Ashby and Cheyanne Kessler; nephew of James Hicks Jr, Steven Hicks, Theresa Ashby, Cary Ashby and Robert Ashby. As well as grandson of Marilee Goods, James Hicks, Gerald Ashby and Sharon Ashby. Dakota left this world October 6th, 2021 at the age of 22.

From a young age Dakota had a heart too pure for this world, he loved playing video games with his brothers, hanging out with his sister as well as keeping to himself.

Dakota was the type of guy who always had a soft spot for family and valued the time he had with them in such an admirable way. Once people got to know him he used his sarcastic sense of humor and sharp wit to brighten up the room which will never be forgotten.

Lao Tuz once said, “The flame that burns twice as bright burns half as long.”

Though he didn’t deserve to go, he deserves the happiness of being at peace. Dakota was ahead of his time with the realization of the world, he truly was a unique soul some of us dreamed to be.

Dakota is survived by many family members and friends, the ones that truly knew him, loved him, and somehow tolerated his dark sense of humor wouldn’t have wanted him to be anything less than that.

We will miss your physical body but take comfort in knowing that your immortal soul will always be with us.

Until we meet again, heaven doesn’t seem far away.

To order memorial trees or send flowers to the family in memory of Dakota Ashby, please visit our flower store.