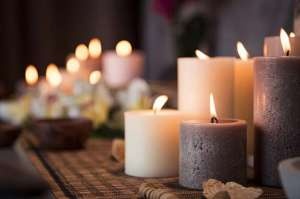 At the young age of 21 Dale decided the career path he wanted was to become a corrections officer. He traveled to Boise and completed his training and started his career.

Dale was amazingly smart and funny. He worked his way up through the ranks at the medium security state prison. It was not an easy career for him, but he was amazing at it for sure!

After 23 years at his career Dale started having some medical issues. He then had to leave his career and retire early. After his retirement, Dale decided to move home to be with family that he truly missed.

The world has lost an amazing person and at way too young of an age.

You will never be forgotten my amazing, hilarious, prankster, giving, loving brother! I miss you already and we will be traveling down the road soon together in your beautiful pride and joy Camaro with the top down!

You and mom will always be in our hearts.

To order memorial trees or send flowers to the family in memory of Dale Rhoades, please visit our flower store.
Send a Sympathy Card