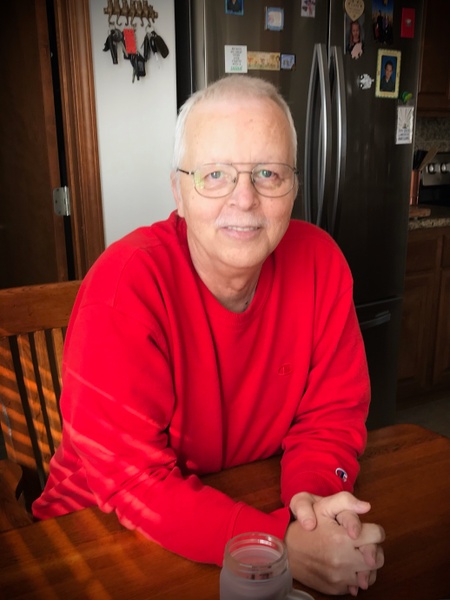 Daniel Keith Day, 62, of Hayden, Idaho, slipped away from us too soon on Monday June 13th, 2022, following a six-and-a-half-year battle with prostate cancer, leaving behind broken hearted family and friends. He was a strong man, facing every day with grace and dignity. He lived his life fully, enjoying every moment. He could spin a yarn with the best of them and found humor in everything. There was plenty of laughter and eye rolls whenever he was around. Dan’s true passion was golf, which he played his entire life, as often as possible. His was a large presence, leaving a big hole impossible to fill. Dan will be dearly missed.

Dan was born to Carlene and James Day in Huntington, West Virginia on Valentine’s Day 1960 in the middle of a snowstorm. Growing up, he split his time between Huntington and Detroit, riding motorcycles and playing hockey. After high school, Dan finished his schooling at the Ohio State University which he attended on a hockey scholarship. If you knew Dan, you knew he was a Buckeye through and through!

After college, Dan went on to serve as a lieutenant in the U.S. Coast Guard. He was stationed on the east coast and towards the Gulf of Mexico. He received an honorable discharge and shared many great stories from his years of service.

In 2000, Dan met Rachel at Kootenai Health, where they both worked in the imaging department. Dan and Rachel married June 14th, 2014. Dan is survived by his wife, Rachel Day, his daughters Lindsey Hafs, Denise Day, and their families, Rachel’s daughters Amanda Briggs, Jennifer Brown and their families, his father James Day, his sister Cheryl Sorenson, and his brothers Rob Day and Bruce Day.

A celebration of life will be held Friday June 24th 6pm at the American Legion at 1138 E. Poleline Avenue in Post Falls, Idaho. Please come to share your memories and to have a last drink with Dan. In lieu of flowers, the family requests donations be made to St. Jude or Shriners Children’s Hospital. Dan felt strongly that no child should have to experience cancer and was a strong supporter of pediatric cancer research.

To order memorial trees or send flowers to the family in memory of Daniel Keith Day, please visit our flower store.
Send a Sympathy Card