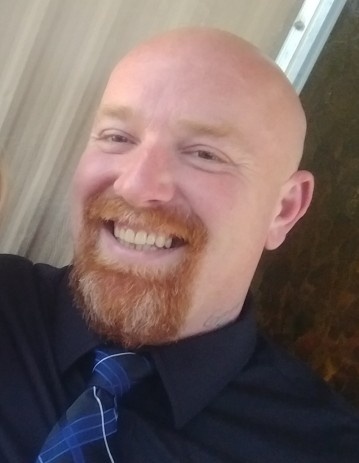 In his early twenties, he met and married his then wife. They had four children Daniel, Giselle, Jenna, and Eli.

In 2016 Danny moved to Idaho and began a new journey in life where he would meet Cherilyn, his now wife. They married on December 2, 2017. He gained a family, adding five more kids to his life and became a papa of four grandchildren.

Danny dedicated his life to the lord on the Coeur d’Alene River. He asked his brother Pete to baptize his wife and himself.

Danny loved to read the word daily. He enjoyed spending time with family, singing, playing disc golf, golf, going fishing, and boating on the lake. He loved his grandkids and it gave him so much joy to have them in his life. He always made everyone laugh and smile with his jokes and off the wall phrases he came up with. Danny loved to make everyone happy. He would always try to do what he could to help those he loved. His smile and laughter was infectious and his hugs were amazing. He knew how to lift someone’s spirit, whether it was a hug, smile, joke, sticking his tongue out, or sharing God’s word.

His family was his pride and joy. He was always bragging about how awesome and loved he felt. He loved having his grandchildren all day and especially rocking them at nap time. Hanging out with the boys, regardless of what they were doing, always put a smile on his face. Taking the girls shopping or surprising them with a new purse, handpicked by him, brought him so much joy. Spending time with his brother Pete and sis Tammie was his go to. The four of them would have countless adventures and so many memories.

Of all the gifts Danny could have given, the one greatest gift he wanted everyone to receive is the love and knowledge of Jesus Christ. His wish and prayer was for his wife, children, grandchildren, and entire family to walk with God.

Danny was a loving husband, father, grandpa (Papa), brother, son, uncle, and friend and will be missed until we are reunited in God’s kingdom.

Services will be held on Saturday, July 18, 2020, at Real Life Ministries in Post Falls, Idaho at 1pm. A BBQ reception will follow at his favorite park, Corbin. Please bring a side dish or dessert.

To order memorial trees or send flowers to the family in memory of Daniel Towne, please visit our flower store.
Send a Sympathy Card