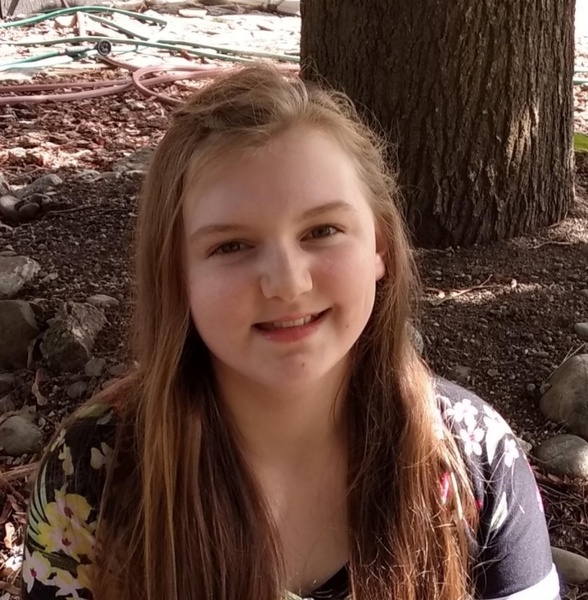 Was born on December 31, 2004 in Waco, Texas at Hillcrest Baptist Medical Center to her proud parents, Benny Kell Henson and Sharon Lee Henson, and her excited brother, Benjamin Kell Henson.  She weighed 5 ½ pounds and was 6 weeks early, but she was a beautiful and precious spirit, a daughter that looked perfect in every way.  She was a happy baby, and she robbed the hearts of all who knew her in Waco, before moving to Bend, Oregon at almost age two. She grew to be a child that loved to learn, and that stayed with her throughout her short time on this earth.  She lived in Bend, Oregon until about age seven, followed by brief times in Redmond and Lebanon, Oregon until age nine.  She developed a love for the snow and sledding, and excelled in Awanas, finding it a joy to memorize Scripture and sing her praises to God.  Shortly before leaving Lebanon, Oregon, she accepted Jesus Christ as her Lord and Savior late one night after watching a movie about redemption and asking her Daddy about it. Through both Mama and Daddy, she learned to have a love for the Word of God that was fleshed out in her life, as well as a passionate love for Christian music. Her love for her family was only surpassed by her trust and love for God. After moving to Coeur d’Alene, Idaho, she continued to grow in her love of the Lord, and she grew in so many other ways, putting her passion for learning into practice. She taught herself many things, including how to crochet, some French and guitar, making crafts, drawing and painting, and even began sewing. She also excelled at piano and karate, being chosen twice by the North Idaho Music Teacher’s Association to play at a community recital and winning first place trophies in forms and fighting in every karate tournament she entered except for two. She was one test away from black belt in Shotokan karate, and through a fighting spirit over the six months she sought to heal from cancer, she earned the right to receive her black belt. She never raised her voice in anger at her parents and never talked back or disrespected them in any way, and she had a measure of self-control that is rare in life, showing the fruit of God’s Spirit every single day.  She is truly a princess of the King, and she acted royally in all that she did, loving people and praying for them constantly.  At 14 years old, she was a shining testimony and witness to God’s presence in the world, and she will be missed beyond measure by family and friends, especially by her Daddy, Mama, and brother, Benjamin.  We love you, Danielle, and we will see you soon.

To order memorial trees or send flowers to the family in memory of Danielle Henson, please visit our flower store.
Send a Sympathy Card