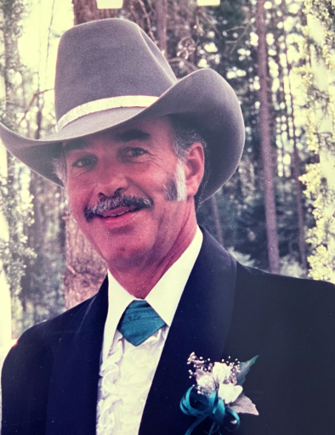 Darrell was born January 16, 1942 in Pocatello ID to Elaine and Clayton Hall. He was one of seven children. They lived and worked on a small farm in McCammon, Idaho.  His childhood was spent on his families farm where he developed a great love for the outdoors, carpentry and horses.

Darrell and his first wife, Marilyn Pincock Hall (Turner) moved to Coeur d'Alene, ID to raise their family. Together they had four children Rick, Sherry, Darla and Reed. He joined the Kootenai County Fire Department in 1966 and worked hard as a firefighter and Fire Captain for over 20 years.

Darrell married his second wife Bonnie Sanders Hall in 1975. They spent 10 together.

He also had a horse drawn carriage business at the Coeur d'Alene Resort on Coeur d'Alene lake with his beautiful Arabian stallion, Antaris. He and Antaris were sought after by many for their special occasions including weddings, birthdays, anniversaries. Over the years he raised and trained many beautiful horses. Darrell was very gifted with woodworking and loved to make cabinetry and furniture.

Darrell met the love of his life, Connie Stewart Hall and they were married on September 14, 1991. Together they built a wonderful life and spent the last 30 years at their farm in Hayden Idaho.

He was preceded in death by both of his parents, his sister, Arlene Hall Boudreau and his brother, Larry Hall.

Thank you to everyone who has reached out with your love and condolences.