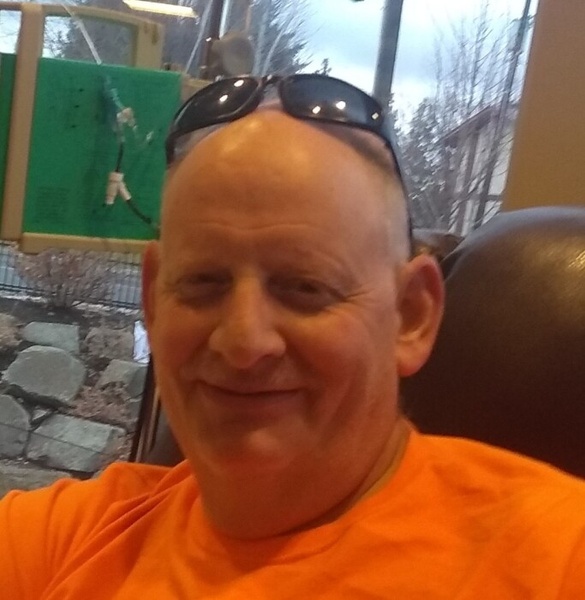 David Vern Gutterud passed away peacefully on 3/22/21 after an extended bout with cancer.  He was born to Myron and Gail Gutterud on 3/2/65 in Coeur d’Alene, Idaho.

David grew up on the prairie in the home that his parents still live in.

He was the youngest of three.  David would always say he had a favorite brother, Mike, and a favorite sister, Mary.

David’s job that he enjoyed the most was when he was a tow truck driver.  Much of his life revolved around tinkering with vehicles and sometimes even fixing them. (smile)

David went through a prodigal season, but through the cancer, God brought about a change in his life and a renewed focus on “others”.  He was a favorite at the cancer center where he took his treatments.  His teasing and joking ways always made the nurses and other patients smile.  They would say, “here comes the party!”  Throughout these difficult last two years, his awesome attitude never changed.  And as he neared the end David said that he would go through all of it again because it brought him back to God and to the family.

He spent the last 10 years of his life upon a mountain caregiving for a friend’s mother.  He loved where he lived.  Deer and turkeys abounded and he had a view of the entire Spokane Valley.  He took over the kitchen and became the sous chef.  He discovered that he really loved to cook.

In the final few weeks of his life David was cared for in the home that he grew up in.  He was surrounded by family.  He was moved to the Schneidmiller Hospice House in Coeur d’Alene, Idaho the last days where he, as well as the family who stayed by his side, were cared for so compassionately.

The family suggests that memorials may be made to the Schneidmiller Hospice House at 2290 W Prairie Avenue, Coeur d’Alene Idaho 83815, or to Peace Lutheran Church at 8134 N. Meyer Road Post Falls, ID 83854.

To order memorial trees or send flowers to the family in memory of David Gutterud, please visit our flower store.