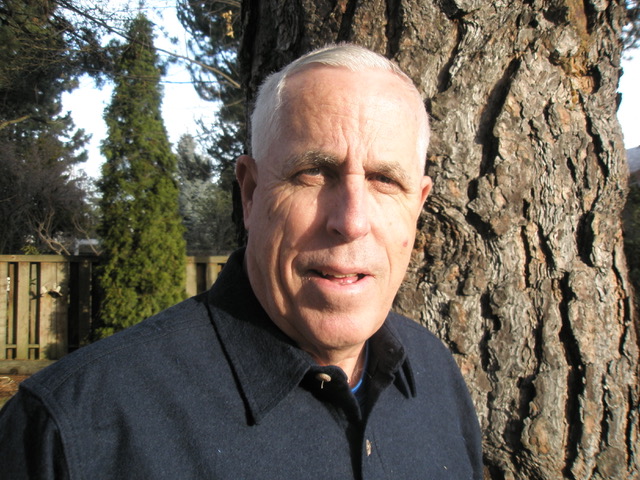 David James Wright passed away at home on March 15, 2022, after battling Multiple System Atrophy (MSA – P).  He was born in Seattle, Washington, on April 3, 1944, to John and Elizabeth Wright. A Navy brat, he grew up primarily in San Diego, California with his younger brother and sidekick, John Patrick Wright. He met the love of his life, Nancy Christensen, at Oregon State University where they married in 1964 and both graduated in 1966.
Dave graduated with a degree in forest management and went on to have a career with the U.S. Forest Service which had been his dream since childhood. He began at Sawyers Bar, California on the Klamath National Forest and next went to the Ukonom District in Somes Bar. He continued to the Modoc National Forest in Alturas, California and then served as ranger on the Big Bar Ranger District on the Shasta-Trinity. Dave spent several years in the regional office in Missoula, Montana, before transferring to a supervisor position on the Allegheny National Forest in Warren, Pennsylvania. He ended his career in 2001 as supervisor of the Idaho Panhandle National Forests in Coeur d’Alene, Idaho.
In over 57 years together, Dave and Nancy raised a family and treated each post as a new adventure. Dave enjoyed traveling, fishing, hunting, playing golf, and building a log cabin in Montana. He also was a HAM radio operator and made connections with people all over the world. After retirement, he spent much of his time devoted to his grandchildren and reveled in their successes in sports, dance, school and other activities. Dave’s favorite hobby was dancing with his wife whenever and wherever they heard good music playing.

He was preceded in death by both of his parents. He is survived by his wife, Nancy, son Darin (Christine), daughter Kelly Maheu (Mike), grandchildren Samantha Maheu, Haley Thomas (Malcolm), Jason Wright, and Jenna Wright. He is also survived by his brother, John Patrick Wright (Jami) and family, and many cousins.

Memorials may be sent to Hospice of North Idaho or to the National Museum of Forest Service History in Missoula, Montana.
To order memorial trees or send flowers to the family in memory of David James Wright, please visit our flower store.
Send a Sympathy Card