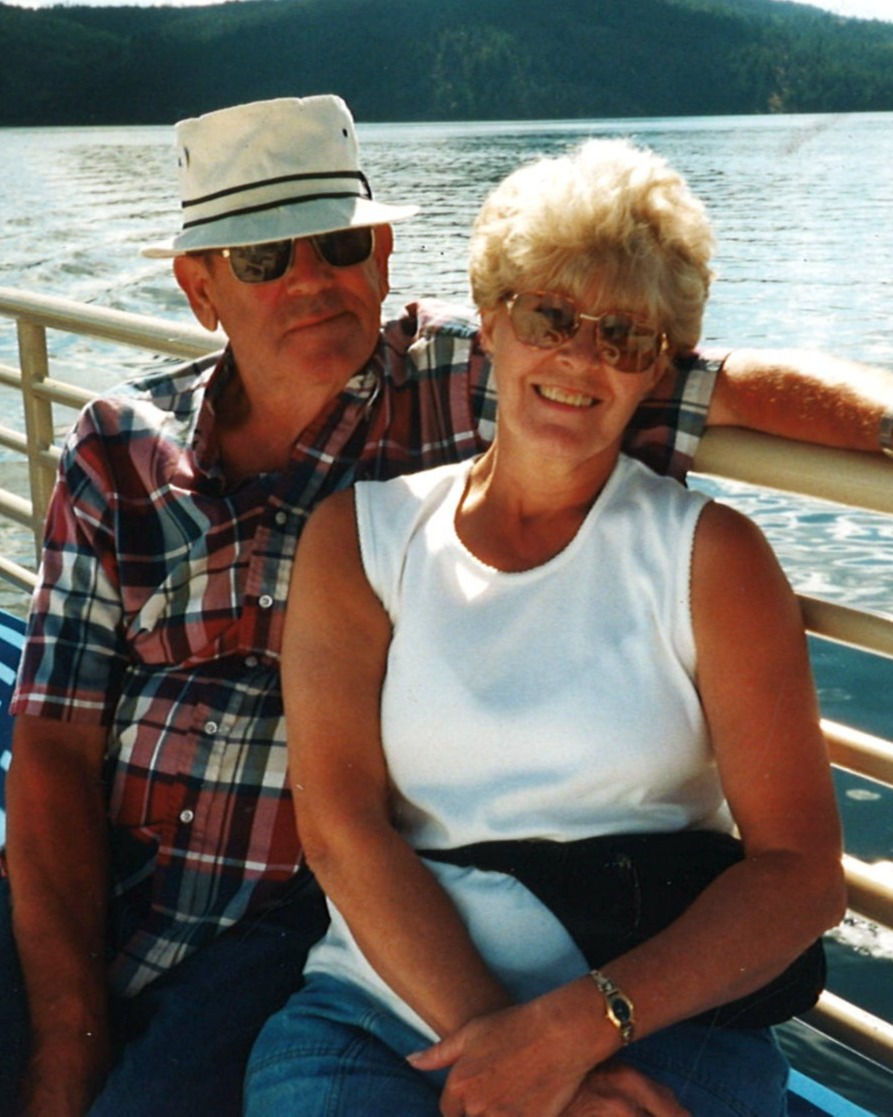 Diane was born on July 4, 1941, to Barry G. and Eva Mae Harrison in Los Angeles CA. When she was a toddler her family moved to Okanogan, WA then to Brewster, WA. Where the family made their permanent home for many years. She attended all 12 years of school in Brewster and upon graduating she attended the Western Business College of Commerce in Wenatchee, WA. Diane then moved to Seattle and went to work for the telephone company as a file clerk/typist and became the secretary for the supervisor of the mailroom.

In 1960 she married Garold L. Wallace and had one son, Craig. The marriage ended in divorce in 1966. She then met and married Theodore C. (Ted/Butch) Johnson from Coeur d’Alene, ID. They had one son Clay. She moved around with her husband for about 5 years. Then when Craig was school age, the family made their home in Coeur d’Alene, ID.

Throughout her life, Diane was primarily a homemaker but would at times work outside of the home. Some of the jobs she held were for J.C. Penney’s as a sales clerk, for Forest Service at the tree farm, as a Mary Kay Consultant, and as a waitress. Before marrying Ted she lived and worked in Wenatchee and there, she worked for Safeway as a checker and as a waitress for the Chieftain Restaurant. As a young person growing up in a small town, there wasn’t much work available so she thinned apples during summer vacations and then picked apples, pears, and cherries. In 1975 Diane became one of Jehovah’s Witnesses and her main objective became sharing her beliefs with others.

She enjoyed playing cards, putting together jigsaw puzzles and framing them as pictures, knitting scarves for friends and family, traveling (especially cruises), reading, fishing when she could catch something, and spending lots of time with the grandchildren.

Diane is survived by her sons Craig L. Wallace (Jamie Wallace) of Wenatchee, and Clay B. Johnson (Ruby Johnson) of Post Falls; Grandchildren Jim and Briawna and Jess Fornery, Sylena and Joshua Johnson, Bailee Lowen-Gahringer and Gavin Gahringer and Brooke Loewen. Five great-grandchildren. Brothers, Glenn and (Sue Harrison)  Larry and (Theresa Harrison) and her Sister-in-law Diane and  (James Dodson) of Edmonds, WA. Many nieces and nephews.
Also, aunts, uncles, and cousins in Missouri and Washington.

To order memorial trees or send flowers to the family in memory of Diane Harrison Johnson, please visit our flower store.