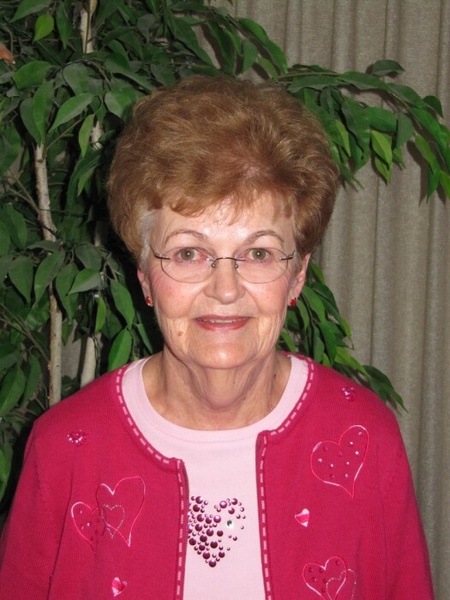 Diane passed away peacefully at home on December 26th.  She was surrounded by her family including her husband of 72 years, Ivan, and her son Terry and his wife Mary.  Diane lived in Rathdrum, Idaho for 8 years at the Golden Spike Estates, but Deer Lodge, Montana, where they lived for 58 years, was the place she always considered home.

She was born February, 1930 in Ashley, ND, to Adolph and Lydia Hess.  In her childhood, they moved around North Dakota as her Dad worked for the Great Northern Railroad.  She graduated from Ellendale High School in North Dakota.  A mutual friend had introduced Diane to Ivan Wallgren and their first date was a local dance.  She married Ivan in 1948 in Jamestown, ND.  They went on to have two children, Terry and Vicki, and moved to Deer Lodge, MT in 1954 where she spent most of her life.  Ivan taught Shop at the Junior High.  Once their own children were in school, Diane worked for the Montana Registrar’s Office and then became the “call girl” for the Montana State Prison – at least that was what they called the switchboard operator.  She enjoyed her career and the friends she made.  She retired in 1984.

Diane loved her beautiful flower garden and was affectionately known as “Grandma Rainbird” because she maintained a gorgeous yard through frequent watering by hand.  They loved going to car shows in the Northwest to show off their restored ’67 Mustang convertible and ’55 fat-fender Ford pickup and even hosted the Territorial Days Rod Run at the Old Prison in Deer Lodge for several years.  In addition to the multitude of trophies they took home, they also made many friends they enjoyed seeing year after year.  Diane also enjoyed traveling to see family across the US and in Canada.  Family and friends were very important to her.  Diane will always be remembered as an elegant, beautiful woman with a quiet, gracious nature.

Diane was preceded in death by her parents and their daughter, Vicki.  She is survived by her husband, Ivan; son Terry (Mary) of Rathdrum; grandsons Cory (Holly) of Jefferson City, MT, Lee (Kirsten) of Havre, MT, and Brett (Leticia) of Bonney Lake, WA; and six great grandchildren:  Michael, Ryan, Wyatt, April, Colter, and Harper.

To order memorial trees or send flowers to the family in memory of Diane Wallgren, please visit our flower store.