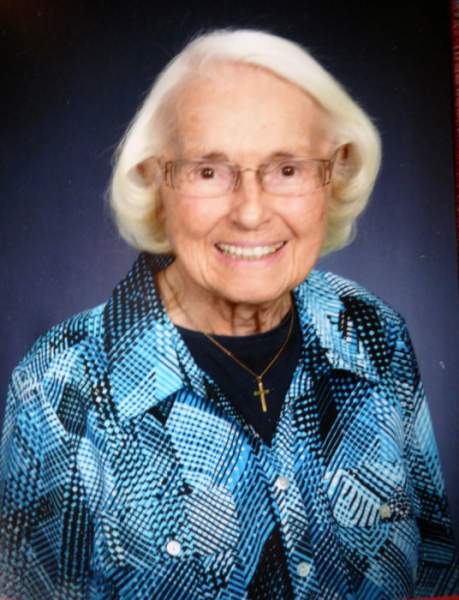 Dolores Emily Marie (Teets) Palush, 92, was welcomed into the loving arms of Jesus on February 13, 2019.  She was the only child born to Thurman and Emma (Semok) Teets, of Donora, PA, on February 21, 1926.  She was adoringly nicknamed Coo because she was a happy baby who cooed all the time.  Coo’s mother died in 1927 when Coo was twenty-two months old.  Coo was raised by her grandparents John and Susan (Pokol) Semok.  Coo was united in holy matrimony to Louis Joseph Palush on March 6, 1948, and celebrated sixty-three years of marriage before Lou’s passing in 2011.

Everyone who knew Coo recollects an exceptionally tender and kind-hearted woman.  She found no fault in anyone and always acknowledged your good and loving side.  She warmly greeted you into her home and always offered you something to eat or drink.  Coo was salt for this earth and light for this world.

Coo is a member of Pope St. Pius X Catholic Church in Coeur d’Alene, ID, and during the last year of her life she resided at Wellspring Meadows Assisted Living in Hayden, ID.

To order memorial trees or send flowers to the family in memory of Dolores Palush, please visit our flower store.