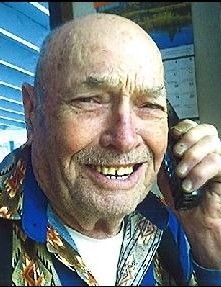 GAGE, Don Eldon (Age 86) Don passed away January 9, 2021, at 6 p.m. after a long battle with Alzheimer's. He was born in Alicia, Arkansas January 10, 1934, to Millard and Cecile Gage. Don served four years in the U.S. Navy as Aviation Machinist's Mate R Third Class. He is survived by his wife of 56 years, Nancy. Also his daughter Geneva Ruth Dawson, son Donald Gage, grandson Calvin Frazier, sister Janet Lawson, and niece Jorie Gaines. Don was preceded in death by his brother Jack, and sister Peggy. Don and Nancy moved to Coeur d'Alene from western WA. in 1972. Don built several homes and apartments in the area as a general contractor and developed multiple properties. Don was a private pilot and a beer drinker. There will be no services at this time.

To order memorial trees or send flowers to the family in memory of Don Gage, please visit our flower store.
Send a Sympathy Card