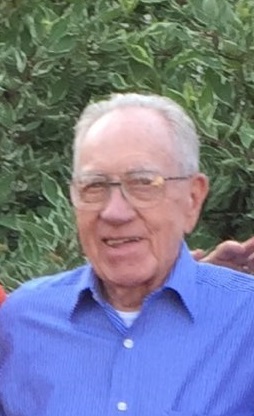 In January 1946 at the young age of 17 Don enlisted in the Army Air Core.  He served three years in the European Theatre until October 1949 including 11 months on the Berlin Air Lift.  During his time in Germany the USAF was created and members of the Army Air Core were transferred into the USAF.

Don returned to the states in September 1949 and was assigned to Hill Air Force Base in Layton, UT while awaiting release from the service.  There he met and married Marie Checketts and their first son DonLee was born. His work at HAFB involved being part of a special assignment to covert manual records to 80 column punch cards.  During the time he was at HAFB the Korean War broke out and his tour was extended.  He served one tour in Korea from the end of 1952 thru 1953.  Upon returning to the United States he was reassigned to Strategic Air Command (SAC) in Omaha, NE.  He assigned and scheduled factory maintenance on all bombers.

After Don’s tour at SAC he resigned from the USAF and returned to Layton, UT.  Don and Marie were blessed with five more children during this time, Gay, Mark, Joy, Tad and Steven.  His experience and expertise with data processing served him well as he accepted a position at Hogle Investment Brokerage firm running 80 column punch-card systems for 3-1/2 years.  When Hogle was bought out by Goodbody & Co. Don was offered a position at the N.Y.  office but chose to stay in Utah.

He worked for several different divisions of Sperry Corporation in programming and operations. In 1974 Don and Marie chose to end their marriage.  In 1975 Don and Jeannie were married in Lake Tahoe, Nevada.  They built a home in Layton, Ut and lived there with Jeannie’s daughters Natalie and Tami for the next 12 years.  During this time he worked on networking and was involved with the development of the internet.  He retired after 30 years in 1989.

Don and Jeannie retired to Priest River Idaho in 1989 and along with one other person built a log home.  They were active square dancers in the Hoodo Valley Hoedowners for 12 years, became members of the Edgemere Grange, served as President and actively participated as a volunteer with the Bonner County Commissioners.

They moved to Coeur d Alene in 2004 and continued their activity in the Mica Flats Grange.  In 2008 Don was elected as Idaho State Grange President and served for two years.

He was proceeded in death by his parents, sons DonLee, Steven Ray and his daughter Gay Hatch.

In lieu of flowers, the family suggests you send any donations to Mica Flats Grange or to Hayden Bible Church.

Services will be held January 28 at 10:30 a.m. at Hayden Bible Church, 290 E. Miles Ave, Hayden, ID. followed by a Reception. After the reception we will travel to Medical Lake, WA for the 2:30 p.m. internment and military honors in the Medical Lake Veterans Cemetery. Maps will be available at the service.

To order memorial trees or send flowers to the family in memory of Donald Billmire, please visit our flower store.
Send a Sympathy Card