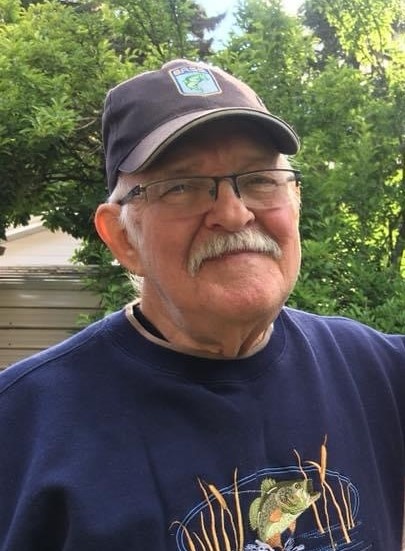 Born to Lydia Munsch and Louis H. Dethloff on June 30th, 1943, in Pettibone, North Dakota, Donald was the youngest of nine siblings. He is survived by his sister, Esther, and preceded by his siblings: John, Edwin, Margaret, George, Reuben, Alice, and Anna. Donald graduated from Pettibone Highschool in 1961 and enlisted in the U.S. Navy where he proudly served from 1961 until 1965. Donald finished his education at North Dakota State College at Wahpeton, graduating as an electrician.

In 1969, Donald married Gayle Bauer and together they had two children: Donald James Dethloff, Jr. and Becky Jo Renfrew. After 25 years of marriage, they decided to separate, but remained friends until his death. Donald is survived by their son Don, Jr., their daughter Becky, and his two grandsons, Kyle and Gage.

In 1995, Donald met Sharon, with whom he shared his life until his passing. They were married in 2004. Donald is survived by his wife, Sharon, her children, Jon, Damon, and Shane, and her grandchildren, Hayden, Ryan, Sarena, Shaner, Andrew, and James.

Donald worked for several electrical companies before founding Post Falls Electric in 1992, a legacy continued by his son Don. Donald retired as a Master Electrician after serving communities in North Dakota and North Idaho for over 50 Years.

Donald was an avid bass and pike fisherman, waterfowl hunter, camper, a kind and compassionate spouse, and an adoring father and grandfather. He will be greatly missed.

To order memorial trees or send flowers to the family in memory of Donald Dethloff, please visit our flower store.