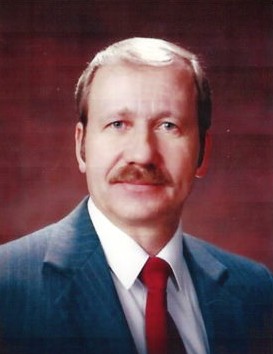 Donald T. Johnson (81) lost his battle with cancer on January 16th, 2020. The doctors had given him two years to live but the Lord blessed him with 16 more years. His faith and love of the Lord carried him through difficult times. Don was born on April 3rd, 1938 to Victor and Clara Johnson in Bottineau, North Dakota. He had four sisters Viola, Leota, Addy, and Marlene and three brothers Norman, Laurel, and Dickie.

Don's love of the Lord was deeply rooted. He took every opportunity to encourage others to know the way to salvation.

Don graduated from Post Falls High School and right after high school, he joined the Army for a short-term. When Don returned, he married his high school sweetheart, Darlene Kahn. Together they had two children, Vicki Rene and Jeffrey Alan Johnson. They agreed to disagree and both went their separate ways. Later on, Don rekindled a friendship with Jeannette Morris, who had once been a classmate. Her husband had died leaving her with four children: Mike, Jeff, Pat, and Lori. They got married and shared 10 wonderful years together when suddenly, she died at the age of 40. Two years later Don met Gay D. Goldberg, who had two children, Tom and Kristi. They were married for 37 years.

Don worked for Chevron for 32 years. He began working in the stations, then transferred into driving and delivering gas, and eventually, they offered him manager jobs, first in Spokane, then Seattle, and finally in Alaska. He loved Alaska! In 1992 he retired and moved to Newport, Washington. Where Don and Gay lived on the Pend O' reille river for 12 years. So many wonderful memories were made there with family and friends.

In 2005, Don was diagnosed with multiple myeloma cancer. The Doctors predicted that he had 2 years to live, Don had two Stem Cell transplants but, with God's help,  he beat the odds, and they moved first to Rathdrum, Idaho then to Post Falls, Idaho.

Don lived life to its fullest, he had many passions. Sailing was his first. Jeanette and he went to the Keys in Florida with his lifetime friends Kenn Jensen and Barb. Fishing and hunting were always lifetime sports.  Among others were: Golfing, motorcycling, camping, snowmobiling, ATVs, swimming, and traveling around the United States which Don and Gay did with their Snowbird Yuma friends. Fun memories where made.

Don's preceded in death by his mother and father, and all his brothers and sisters, also Mike, Pat, and Jeff Lynn (Jeannete's Children) and Kristi (Gay's daughter).

In lieu of flowers please make donations to a charity of your choice or to the National Cancer Society at www.cancer.org

To order memorial trees or send flowers to the family in memory of Donald Johnson, please visit our flower store.
Send a Sympathy Card