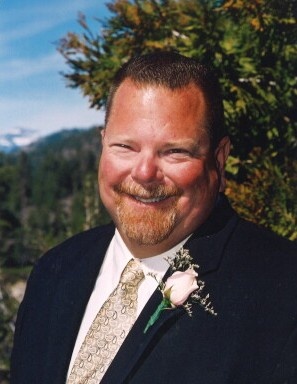 A man who truly treasured his wife, two daughters, five grandkids, family and friends, Don Johnston had his life abruptly cut short by COVID-19 and entered into the arms of our Lord December 20, 2020.

Don was born in Castro Valley, California to Evelyn and Willie Johnston on April 11, 1957. He grew up in San Leandro and the San Francisco Bay Area.  He attended California State University, Hayward, and received his General Building Contractors License in 1992.

He spent 30 years in the home building industry focused on semi-custom and custom homes.  Don always took pride in the quality of his work and the projects he built.  When the economy fell in 2008 and the construction industry came to a standstill, Don began a new career path in aerospace composite production – learning the trade from the ground up.

Don had a personality that was “Larger than Life”, and a heart that was equally as big.  Family and friends say he could walk into a room and have everyone laughing within minutes.

Throughout his life, Don enjoyed a variety of activities including boating, water-skiing, snow skiing, ice hockey, snowmobiling, camping, motorcycling, and was an avid reader. A true “Car Guy”, Don was a walking encyclopedia of every detail of muscle and classic cars.  He enjoyed ownership and restoration of several.

Also a “Harley Davidson Guy”, Don met his wife Caryl in 2001 while volunteering at a large H-D fundraising event for MDA.  Love soon blossomed and the two were married in 2004.  They made Hayden their home in 2005. Together Don and Caryl enjoyed Harley trips to Sturgis, many miles on the road with friends, camping in National Parks, and rooting for their favorite football teams on the weekend.

Don was a great husband, bonus dad, and grandfather.  He is affectionately known by his five grandkids as “Bad Grandpa” for the way he helped them *stretch* the parent’s rules - like letting them have the extra-large milkshake. He doted on his grandkids too, making sure his grandson had his first BB gun, and granddaughters their first set of diamond earrings.

Don is preceded in death by his parents Evelyn and Willie Johnston, and his beloved dog Baxter.  He is survived by his wife Caryl, daughters Kimberleigh (Steve), and Jennifer (Doug), five grandkids - Chloe, Kathryn, Angus, Ember and Veda Mae, (Lincoln, California), In-Laws Maxine and Vernon Henderson (Sedona, Arizona) as well as, of course, his dog-kids Spencer and Oakley.

English Funeral Chapels is entrusted with the care of Don’s final arrangements.

The family is planning a celebration of Don’s life to take place in the spring of 2021. In the meantime, please visit Don’s online memorial at www.englishfuneralchapel.com.

In lieu of flowers, the family would especially love to have friends and family share stories related to your relationship with Don.

To order memorial trees or send flowers to the family in memory of Donald Johnston, please visit our flower store.
Send a Sympathy Card