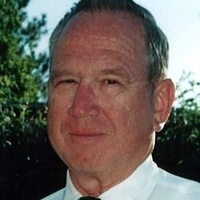 Donald was born to Herbert Thomas and Anna Elizabeth Preston on Jan. 31, 1927, in Weiser, Idaho. He grew up in Payette, Idaho, and graduated from high school in 1944.

In February of 1945, he joined the Navy and served overseas until July 1946. Upon his release from the Navy, he married his high school sweetheart, Delaine Janis Ruff, on March 21, 1947. Their marriage was later sealed in the Idaho Falls Temple of the Church of Jesus Christ of Latter-day Saints.

Donald started working for Safeway in Payette. He and Delaine moved to Coeur d’Alene, where he worked for Safeway, then for Albertsons. He transferred to Walla Walla, Wash., in 1964 where he became the produce manager.

Upon retiring from Albertsons, he and Delaine moved to Post Falls. They enjoyed spending their summers in Post Falls and winters in Yuma, Ariz. While in Arizona, he learned the art of stained glass, creating several windows for their home and other pieces for family. He also loved the outdoors — fishing, camping and gardening.

He was a member of the 2nd Ward of the Church of Jesus Christ of Latter-day Saints in Post Falls.

Donald is preceded in death by his wife; his parents; his brother, Harold Preston; two sisters, LaRee Preston and DonaMae Fitch; and his grandson, Brian Lowe. He is survived by his four children, Karen (Gary) Lowe, Richard (TeriLyn) Preston, Ronald Preston and Janise (Alan) Haidle; five grandsons and four great-grandchildren.

In lieu of flowers, you may make a donation to the Rathdrum Senior Center.