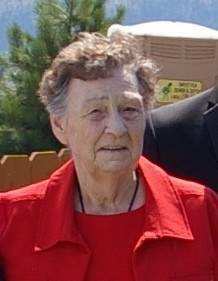 Donna Mae Blackburn (85) passed away on May 6, 2020, in Coeur d’Alene, Idaho. Donna was born in River Falls, Wisconsin on September 20, 1934, to Merle and Pearl Nicholson. She graduated from high school there and had additional training in trade school.

Donna sold real estate in Idaho for about 20 years. She also was a member of the American Legion Auxiliary and the Eagles Lodge #486 of Coeur d’Alene, Idaho

Donna was preceded in death by her husband, Robert Blackburn, and her two brothers.

To order memorial trees or send flowers to the family in memory of Donna Blackburn, please visit our flower store.