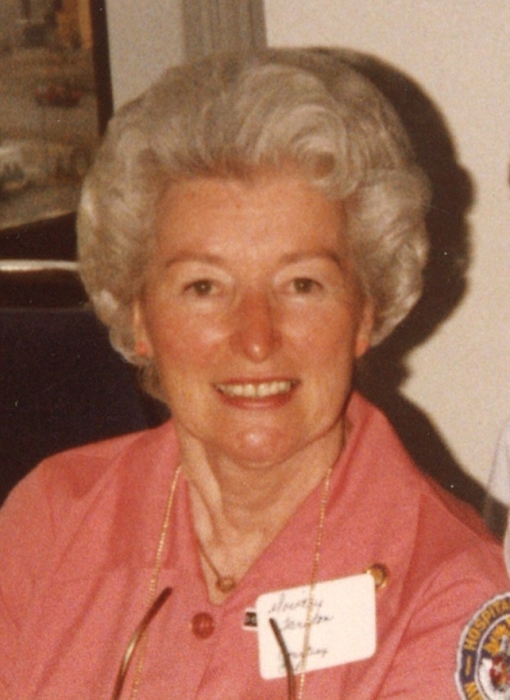 William and Margaret Coy raised their daughter Dorothy and her two sisters Rosemary, Margaret Mary and brother Bill in the Chicago area in the 1920-1930s.  After high School, Dorothy was proud to attend and graduate from St. Mary’s School of Nursing in Rochester Minnesota, which later became the Mayo Clinic.  At 25, with her RN Degree in hand, she enlisted as an Army nurse and served in the Pacific in WWII.   She was stationed in the Mariana Islands, on Tinian, at the time the Enola Gay departed with its infamous cargo.  Time spent in this capacity was for her a defining time in her life, full of rich experiences and adventures she would talk about for many years.

After returning to the Chicago area, she worked as a private duty nurse, where she met and later married James E. Tarleton Jr. in 1950 and together they raised 6 children while living in Belmont CA.

In 1975 after Jim retired they moved the family to Hayden Lake, where they spent the rest of their 51 busy years of marriage.  They traveled extensively around the world, many times on freighter ships which they loved.

Dorothy loved to dance, entertain, golf, garden and fish, and was an accomplished artist. She was a volunteer with the Hayden Library, Hospice, NOSDA, and the Kootenai Hospital Volunteer ladies for many years.  She translated books into braille for the blind and was the Distinguished Veteran and Grand Marshal of the Hayden Veterans Day Parade in 2010.

After Jim passed away in 2001, Dorothy spent her time at Fairwinds/Northstar in CDA and more recently at Wellspring Meadows in Hayden.

A Funeral Mass will be held at St. Thomas Catholic Church in CDA, 919 E Indiana Ave on Thursday, May 16 at 11:00 A.M, followed by burial at the St. Thomas cemetery.

To order memorial trees or send flowers to the family in memory of Dorothy Tarleton, please visit our flower store.
Send a Sympathy Card