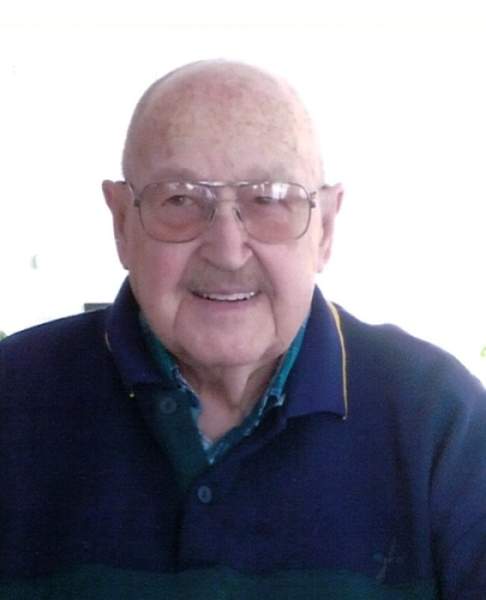 Dr. Jack Burton Watkins passed away at home on November 13, 2019, at the age of 98.  He was born at Deaconess Hospital in Spokane, Washington on October 20, 1921, to Frank W. Watkins and Lilah M. Watkins (Hudleson).  He divided his time between Spokane, Twin Lakes, ID, and Spirit Lake, ID.  He attended Whitworth Elementary, North Central High School and Washington State College where he was graduated as a chemical engineer.  While there he was a member of Sigma Chi Fraternity and president of that chapter for two years.  He was also a member of Tau Beta Pi (engineering honorary) and Alpha Chi Sigma (chemistry honorary).  He then volunteered for the Navy and became a CIC Officer stationed on the USS Earhardt in WWII.

After the war, he worked as a Shift Chemist in a chemical Pulp Plant in Hoquiam, Washington. Because of his experience in the Navy, he decided to go into medicine.  He was graduated from the University of Oregon Medical School in Portland where he then completed a four-year residency in Orthopedic Surgery in 1956 at the U of Oregon Hospitals and Clinics, the VA Hospital, and the Shriners Hospital.  In medical school, he graduated with honors (Alpha Omega Alpha).  He then returned to Spokane to begin practice with the late W. E. Grieve.  Dr. Grieve soon retired.  Dr. Watkins started the Northwest Orthopedic and Fracture Clinic in Spokane and hired several Orthopedic Surgeons to join him.  Because of the poorly organized care of WWII amputees, he took special training in the team approach at UCLA and Northwestern Medical Schools and established the Amputee Clinic at the VA Hospital in Spokane.  He volunteered his time as chief of the Clinic and ran it for twenty years until he retired from surgery in 1984.  He continued Clinical Orthopedics as a founding member of Spokane Panel Evaluations until 2000.  He was a member of numerous medical organizations including Spokane Surgical Society as a past president, the American Board of Orthopedic Surgeons and the North Pacific Orthopedic Society.  He was a charter member of the Plymouth Congregational Church, a former Rotarian, and a member of the Spokane Country Club.

He spent many happy years entertaining friends and family, bass fishing and waterskiing at his lake homes on Twin Lakes and Spirit Lake. Upon retirement, Dr. Watkins and Shirley moved to their lake home on Spirit Lake where he enjoyed cruising the waters and fishing for bass.  He was a member of the Phileo Duck Club where he enjoyed duck hunting.  He also enjoyed elk hunting, snowmobiling and snow skiing.  He loved his boats, but was especially fond of his boat, “The Crackerjack” and he spent a great deal of time with his family and friends fishing the waterways of the Canadian San Juan Islands and Vancouver Island.

There will be a private inurnment ceremony for family with a Celebration of Life following later this summer.  The family requests that any memorial donations be directed to Hospice of North Idaho, 2290 W. Prairie Ave., Coeur d’ Alene, ID  83815.  It is difficult to write an obituary for a man who was nearly a century old and has accomplished and witnessed so much in his life.  We hope his brilliance shines through.   Grandpa Jack, we thank you for the memories.

To order memorial trees or send flowers to the family in memory of Dr. Jack Watkins, please visit our flower store.