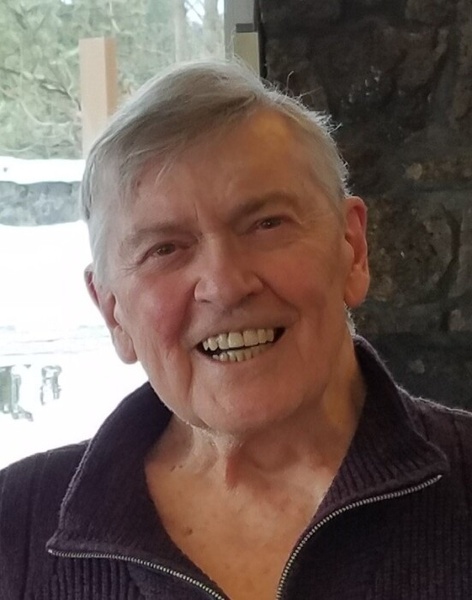 Edmund Emil Lewis of Harrison Idaho passed away on March 6, 2021, of natural causes. Ed was born in 1938 to Edmund and Lorraine Lewis.  He grew up in Rochester, New York where he attended St. John Fisher College for three years before entering SUNY Upstate Medical University in Syracuse.  Ed was valedictorian of his medical school class, graduating in 1963, and SUNY was where he met his first wife and mother of his children, Carol Clark.  After medical school, Ed enlisted as an officer in the US Navy and served for four years during the Vietnam War.  Following his residency at the University of Michigan Hospital, Ed moved his young family to Washington state, where he embarked on a long career in diagnostic radiology in Spokane and Tacoma.  He married his second wife, Marianne, in 1972 and they had a 26 year marriage.

Ed was a man of many adventures and interests.  Hunting and stamp collecting were early passions that stayed with him into his later years.  He cultivated his children's love of travel and the outdoors by sharing family camping, skiing, and mountaineering trips.  Ed's frequent travels took him to dozens of countries throughout Europe and Africa; he was known to say his favorite country was the one he hadn't yet visited. Closer to home, he developed a mid-life interest in mountaineering and ice-climbing and summited Baker, Rainier, and many other peaks in the Pacific Northwest.  Ed was widely read on a number of historical subjects but was especially interested in World War II.  He was also a recognized expert in the history of antique Winchester firearms.

He met his wife, Catherine Adams, in Tacoma, Washington in 1998.  They were married in September of 2000.  Ed authored two books and over a dozen magazine articles with the editing, photography, and layout design assistance of Catherine.  They moved to Harrison, Idaho in 2011 and embraced rural life complete with acreage, horses, and chickens.  Ed and Catherine shared a deep love for their numerous cats.  Chloe, Boo, and Tia provided Ed with constant companionship, amusement, and comfort in his final years.

At Ed's request, a private family service will be held at a later date.

To order memorial trees or send flowers to the family in memory of Edmund Lewis, please visit our flower store.
Send a Sympathy Card