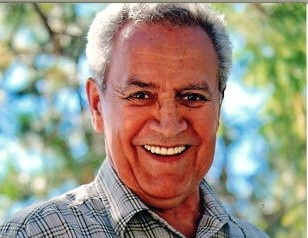 Edwin ‘Ed’  Nagrone, 89, passed away peacefully on Thursday, March 25, 2021, at the Hospice House of North Idaho after being surrounded by his loving family in Coeur d’Alene, Idaho where he has resided since the mid 1950’s.

He was born on October 12, 1931 in Hilo, Hawaii to Poncho and Rose Nagrone. Ed had three older siblings; one sister, Agnus Rehard (Nagrone), and two brothers, George and Milton Nagrone. He grew up in Hilo attending Hilo Union School before joining the United States Army at the young age of 17. He went on to serve in the Korean War with his brother, Milton. He then married the love of his life, Verla Mae Nagrone (Englehardt) at the St. Thomas church in Coeur d’Alene, Idaho on January 3, 1959. He worked for Potlatch Lumber Mill where he was a heavy equipment operator.

Ed was a fun-loving man with a contagious sense of humor and always liked to make jokes. He enjoyed surfing above all and playing his ukulele when he grew up on the beaches of Hawaii. After making the move to Coeur d’Alene he enjoyed hunting and fishing with his family. His craftsmanship and woodworking abilities never failed to be precise and nothing short of impressive. Ed was also an incredible bowler; bowling in the 290’s on a league at Sunset Bowling. Watching the Seattle Mariners and the Seattle Seahawks play was another pastime Ed loved.

He is survived by his beloved wife of 62 years, Verla, and their daughters, Cynthia and Lisa Fencl (John) and two sons, Kevin (Terri) and Thomas (Brenda); 7 grandchildren and 8 great-grandchildren.

To order memorial trees or send flowers to the family in memory of Edwin Nagrone, please visit our flower store.