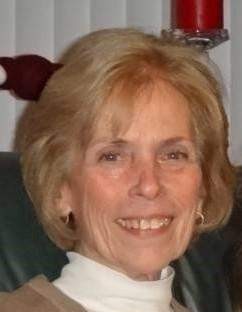 Elaine Hadsall Holbrook passed away peacefully on Nov. 17, 2019. Elaine was born Dec. 21, 1943, to Leo Franklin and Elizabeth Mae Hadsall. She was one of six children raised in Fresno, Calif., with four sisters and one brother. She graduated from Fresno State University with a bachelor’s degree in home economics.

Elaine met the love of her life and best friend, Nolan, in 1963, in South Lake Tahoe. Nolan was a craps dealer at Harrah’s and Elaine was a waitress in the employee cafeteria. They married June 19, 1965, and raised three children (two sons and a daughter) in Concord, Calif. Later, they had two grandsons, and even later, the addition of two more grandchildren and three great-grandchildren.

As a family, they did a lot of camping and Jeeping in the Sierra Nevada Mountains with friends and family. Upon Nolan’s retirement as a police sergeant in 1994, they built their dream home in Coeur d’Alene and Elaine made the final move in 1996 after her retirement as a circulation manager at the Contra Costa Times, a San Francisco Bay Area newspaper. Their children soon followed, and the next 20 years were spent enjoying their home on six acres with the surroundings of the beautiful outdoors of Idaho, hosting numerous parties, holiday gatherings and even a couple weddings!

Elaine’s hobbies included reading romantic and mystery novels written by authors such as Danielle Steel, Mary Higgins Clark and Janet Evanovich. She loved to hunker down with a good book in her comfortable surroundings. As a young mother, Elaine enjoyed cooking and baking. Other passions and hobbies included socializing with friends and family, listening to her favorite music while cleaning, and watching events that her two grandsons, Zack and Jake, were involved in.

Elaine was known for her fun-loving personality and good wit; also, for her friendly, yet fierce competition in the card game, Spoons. She will be greatly missed by all who knew her.

Elaine is preceded in death by her parents, Leo and Elizabeth; brother, Franklin “Joby;” sister, Katherine; brother-in-laws Curt and Nick and two nephews.

A celebration of life will occur at a later date. The family would like to thank both Auburn Crest Hospice and Hospice of North Idaho for the care they provided for Elaine and her family during this difficult time. In lieu of flowers, please consider donating to Hospice of North Idaho, 2290 W. Prairie Ave., Coeur d’Alene, ID 83815.

To order memorial trees or send flowers to the family in memory of Elaine Holbrook, please visit our flower store.
Send a Sympathy Card