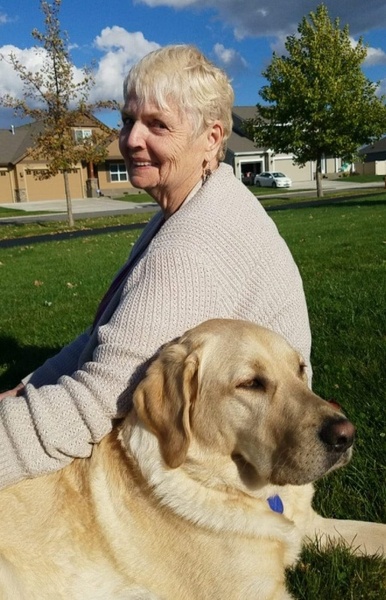 Betty was born in Fayette County, Pennsylvania in 1940 to Francis and Dorothy Rafter.  She was raised in El Segundo, California with her brother Tom, and graduated from El Segundo High School in 1958.  She resided in Southern California until she moved to Post Falls, Idaho in 2007 where she became an active member in her church as well as her TOPS chapter, the Red Hat Society, and her travel clubs.

Betty is survived by her 6 children; Tim Fritz, Don (Donna) Fritz, Barbara (Joel) Guffey, Betsy (James) Stolken, Mary (John) Houseman, and Ken (Dina) Lien as well as her nieces and nephew Cindy, Pennie, and Mark, her 13 grandchildren, and her many great-grandchildren.

She was preceded in death by her mother and father, Dorothy and Francis, as well as her brother, Tom.  Betty was called home on June 30, 2019 on her mother’s birthday.

To order memorial trees or send flowers to the family in memory of Elizabeth "Betty" Meekma, please visit our flower store.