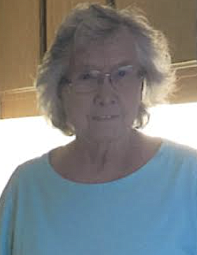 Erma met her husband, Jim Fisher, in Coeur d’Alene and they married on Dec. 20, 1952. They lived in the Coeur d’Alene area until September of 1968, when they moved to Post Falls. After the passing of Jim, she moved back to Coeur d’Alene.

Jim and Erma welcomed their son, Don, in June of 1958 and their daughter, Lisa, in September of 1968. Erma was mom to many and fed any friend of her children. Their home was the safe haven for many kids. She was the glue that held the extended family together. You could often find people from many countries and family at the Fisher house. She never said no to a party or a get together. There were even three weddings at their house on the Spokane River. Her family was what brought her the most joy.

Erma was embedded in Coeur d’Alene from the start. She was proud of her first job at Playland Pier. She was asked by her dentist to come work for him while she was still in high school. She was a great dental assistant and Dr. Rice asked her to assist in the OR for surgery. She went on to become the first Certified Dental Assistant (CDA) in North Idaho. She taught other dental assistants and administered the certification examination.

Erma was very active in the Kootenai County Genealogical Society, serving as their treasurer. She was also active in the Coeur d’Alene High School Alumni.

Jim and Erma bought a lake property and built the cabin themselves. They loved camping and going on cruises, with the highlight of a family cruise to Alaska for their 50th wedding anniversary.

Erma was preceded in death by her parents, her husband, Jim, her daughter-in-law, Kathy Fisher, and her brother, John McCaw.

She is survived by her sister, Anna (Ian) Beggs; her brother, Clyde (Char) McCaw; her son, Don (Penny) Fisher; her daughter, Lisa (Dave) Bilich; her grandchildren, Katie (Brad), Kellie (James) and Erick and her great-grandsons Tyson, John, Edward and Konrad. She has many nieces, nephews, cousins and cherished friends. The family is grateful to her sister-in-law, Terry Meyer, who helped her maintain her independence.

To order memorial trees or send flowers to the family in memory of Ermajean Fisher, please visit our flower store.
Send a Sympathy Card