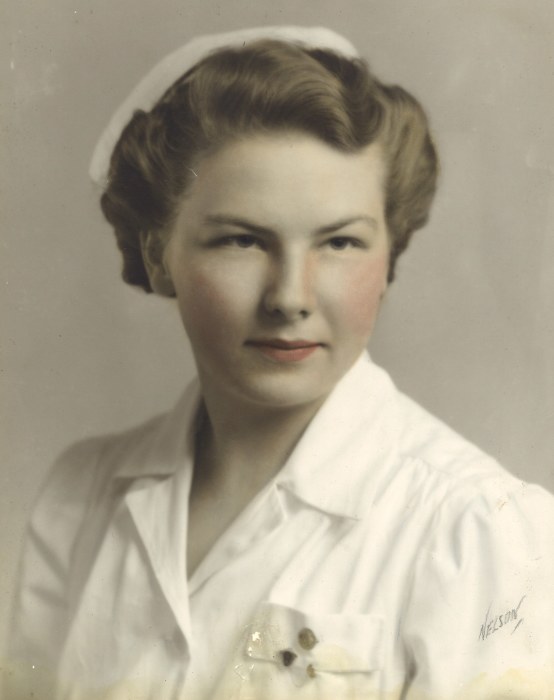 Esther J. Blinn, age 99, resident of Coeur d’Alene, Idaho, died December 13, 2019 in Coeur d’Alene.   She was born October 4, 1920 in Rathdrum, Idaho to George and Verna (Thomas) Blinn.   Esther lived in this area all of her life, graduating Valedictorian of her high school class in Spirit Lake, Idaho.   She was a member of the First Baptist Church in Coeur d’Alene.   Esther was a Registered Nurse working at Deaconess Hospital in Spokane, Washington and then later at Kootenai Medical Center in Coeur d’Alene.

Esther is survived by three sons: Gary in Tacoma, Washington, Randy and Curtis both in Priest River, Idaho.

To order memorial trees or send flowers to the family in memory of Esther Blinn, please visit our flower store.
Send a Sympathy Card