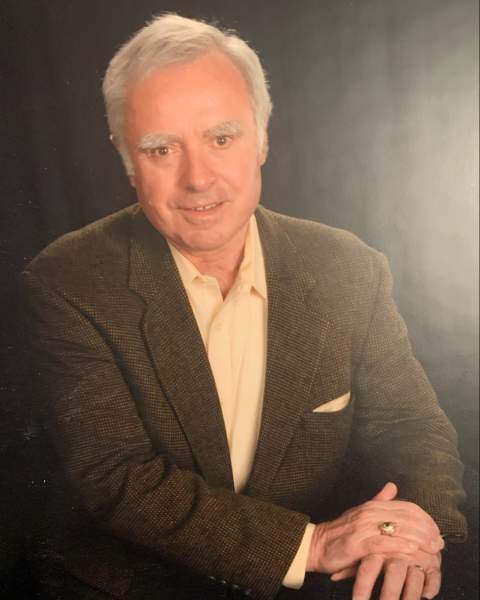 Surrounded by family, Eugene “Gene” A. Marano was caught by “The Hound of Heaven” and transcended into Divine grace and God’s full love on November 1 after a decade-long battle with Parkinson’s disease. He was 78.

Gene was born in Tacoma, Washington on August 12, 1944, to Agnes and Albert Marano. His childhood was spent with older sister, Barb and younger brother, Bill.  From an early age he learned the value of hard work, often picking berries to contribute to the family income.  His teenage years were spent working at a local hardware and lumber business which helped him complete his education at St. Patrick’s School, then under the Jesuit supervision at Bellermine High School where he made lifelong friendships with the “Bellermine Boys”.  Gene was a decent athlete, notable student, and skilled debater.

After earning his bachelor’s degree in history at Gonzaga University, Gene volunteered to join the Armed Forces where he earned his commission as a 2nd Lieutenant in the United States Air Force.  After completing Officer’s Training and Intelligence Schools, Lieutenant and later Captain Marano served in a variety of intelligence positions, most notably in Takhli, Thailand where he was engaged in the operations of the Vietnam War.  Upon returning from overseas, he was stationed at Wright Patterson AFB in Dayton, Ohio, where he met the love of his life, Paula. They were soon married and started a family. After receiving an honorable discharge in 1972, he continued to serve in the Air Force Reserves at Fairchild AFB.

Gene completed his Juris Doctorate degree at Gonzaga in 1976 and began his legal career in Coeur d’Alene, Idaho as a Kootenai County deputy prosecuting attorney.  Gene also served as a public defender before entering into private practice with Rob Robinson.  In 1985, he was appointed to be a First District Magistrate Judge where he served for 24 years.  He was honored to be appointed by the Supreme Court to serve as a Senior Judge until his full retirement.

Gene found great professional pride in his role as a Drug Court Judge. As mentioned in the recent Press tribute, “Marano was a judicial pioneer. He and colleague Judge James Judd in 1998 created the Kootenai County Drug Court, the first of its kind in Idaho.”

Gene continued to serve his community after retiring by serving on the Fernan Lake Village City Council beginning in 2018.

Much like his baseball idol, Yogi Berra, Gene was a master of one-line wit, and like Berra, wore #8 while playing youth baseball in Tacoma and later, adult softball teams in North Idaho. Gene was an avid fisherman, woodworker, sports aficionado, wine connoisseur and gardener.  More than anything, Gene love spending time with his family.  His legacy of treatment court, judicial/educational partnerships and quick wit will be remembered for a long time to come.

The family is incredibly grateful to the staff and caregivers of FirstLight Home Care, Dr. Jason Aldred and the team at Selkirk Neurology, Kootenai Health, CDA Parkinson’s Support Group and Hospice of North Idaho-Schneidmiller House for their love, care and support of Gene.

In lieu of flowers, the family suggests donations be made to the St. Pius X Outreach Ministry, Shriners Hospitals for Children, or the local library of your choice.

To order memorial trees or send flowers to the family in memory of Eugene "Gene" A. Marano, please visit our flower store.