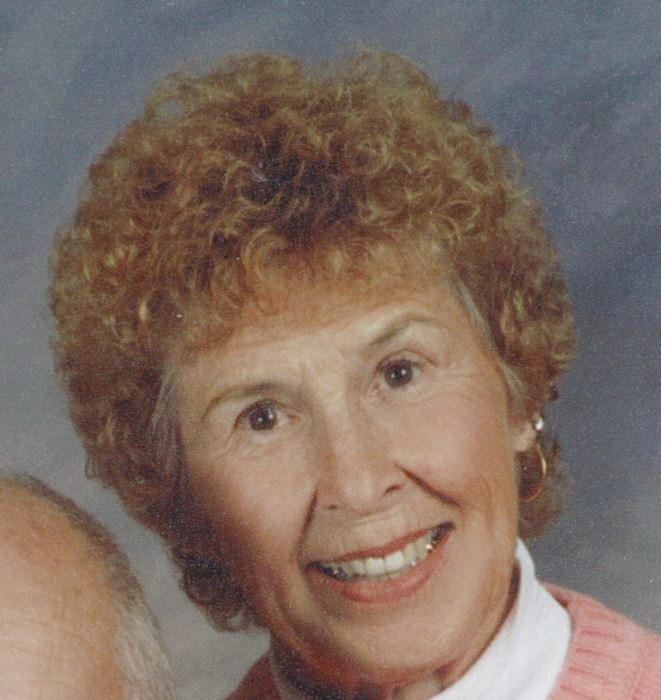 Much loved wife, mother, mother-in-law, grandmother, great grandmother, friend and community volunteer.Fern Arlene Johnston, born May 25, 1930 in Lewiston, Idaho to Lester and Helma Bracht, passed away February 20, 2019 in her home in Coeur d’Alene.  Fern grew up in Lewiston and attended the University of Idaho where she was in the Gamma Phi Beta sorority.  Fern met and dated Don and were later married at the St. Stanislaus Church in Lewiston on June 3, 1951.  Don and Fern were happily married for 67 ½ years and were blessed with a wonderful family consisting of eight children, twelve grandchildren and ten great grandchildren.

Fern was active in Coeur d’Alene throughout her life.  With her husband, former CDA Mayor Don, they founded and maintained a private park in downtown CDA.  They planted and maintained this private park for over 25 years.  Fern, in past years, was active in the St. Thomas Catholic Church, United Way, the North Idaho Museum and was a volunteer at Kootenai Hospital.  Fern was an avid walker and likely accumulated enough lifetime steps to circle the globe. During the summer months she and their kids enjoyed spending many happy days at Sanders Beach.  On occasion Don would join them at the beach during his lunch hour.

Fern will be long remembered as a wonderful wife, mother, mother-in-law, grandmother, aunt and friend.  Fern took great pride raising their eight children.  Fern loved hosting countless family events for holidays, birthdays, and anniversaries.  In later years she enjoyed excursions with her adult daughters at Long Beach, WA. Fern and Don also enjoyed many road trips in their motorhome.  Fern leaves a legacy of wonderful memories with everyone she knew.

To order memorial trees or send flowers to the family in memory of Fern Johnston, please visit our flower store.
Send a Sympathy Card