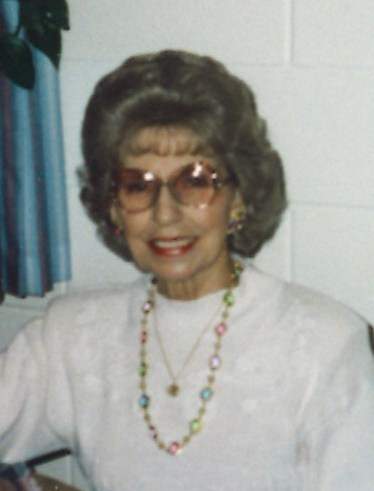 Fran was born in Williston, N.D., on Aug. 21, 1915, to Claude and Grace (Chase) McCoy. She moved from Williston to Wheeler, Mont., where she resided for two years and then returned to Williston. After three years she moved to Ogden, Utah, where she lived for three years, and then to the Kellogg, Idaho, area in 1943. She moved to Coeur d’Alene in 1975.

She was a homemaker and an Avon representative for several years in Kellogg. Fran also worked with her husband for many years in the carpentry business.

Fran was confirmed in the American Lutheran Church in Kellogg. She enjoyed reading, walking, crocheting, flowers and gardening. Fran was a member of the Eagles Auxiliary in Coeur d’Alene.

She is survived by her son and daughter-in-law, Gerald and Jeanne Ellig of Mesa, Ariz.; three grandchildren and four great-grandchildren; and longtime companion for many years, Peggy Smith.

Fran is preceded in death by her husband, Curtis (Dec. 31, 1969); three brothers: Virgil McCoy, DeForest McCoy and Kirkland McCoy; two sisters: Helen Petty and Ferne Storseth; and one great-granddaughter that passed at birth.

Memorials may be made to The Garden at Orchard Ridge, 624 W. Harrison Ave., Coeur d’Alene, or to a charity of your choice.

To order memorial trees or send flowers to the family in memory of Flora Ellig, please visit our flower store.